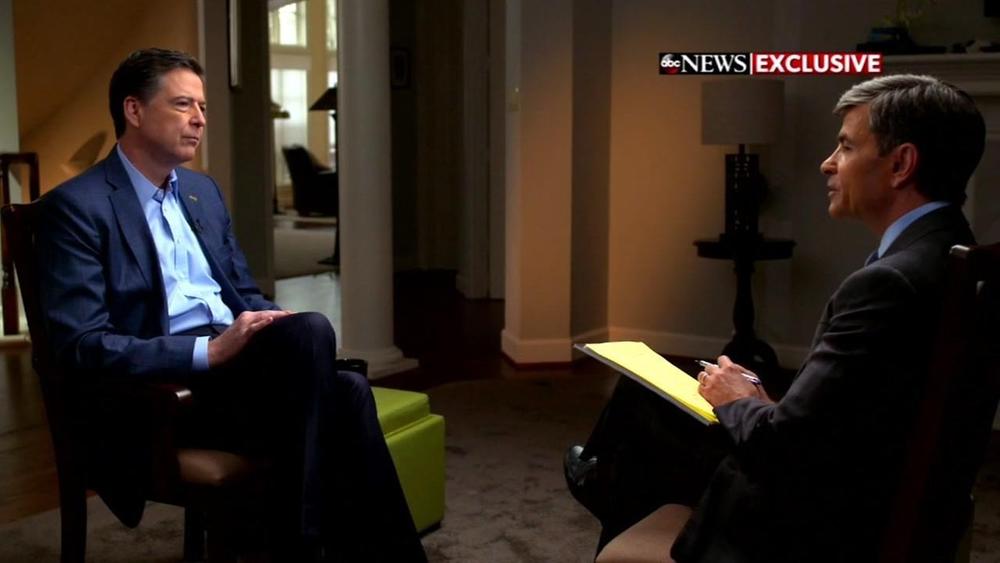 BREAKING NEWS – Sterling, Virginia – In his first interview since being fired, former FBI Director James Comey described President Trump as an ego-driven liar who treats women like “meat” and is “morally unfit to be president.” “I don’t think he’s medically unfit to be president. I think he’s morally unfit to be president,” Comey said in a wide-ranging sit-down Sunday night with ABC News’ George Stephanopoulos.  “A person who sees moral equivalence in Charlottesville, who talks about and treats women like they’re pieces of meat, who lies constantly about matters big and small and insists the American people believe him – that person is not fit to be president of the United States on moral grounds.” The interview remained professional, until Comey who is 6’8” cued Stephanopoulos who is 5′ 7″, to hop on his knee, and be a ventriloquist’s dummy as they sang classic show tunes as a duet. They then announced that they will be auditioning on “America’s Got Talent” calling their team “Comey-Step-all-over-us”.