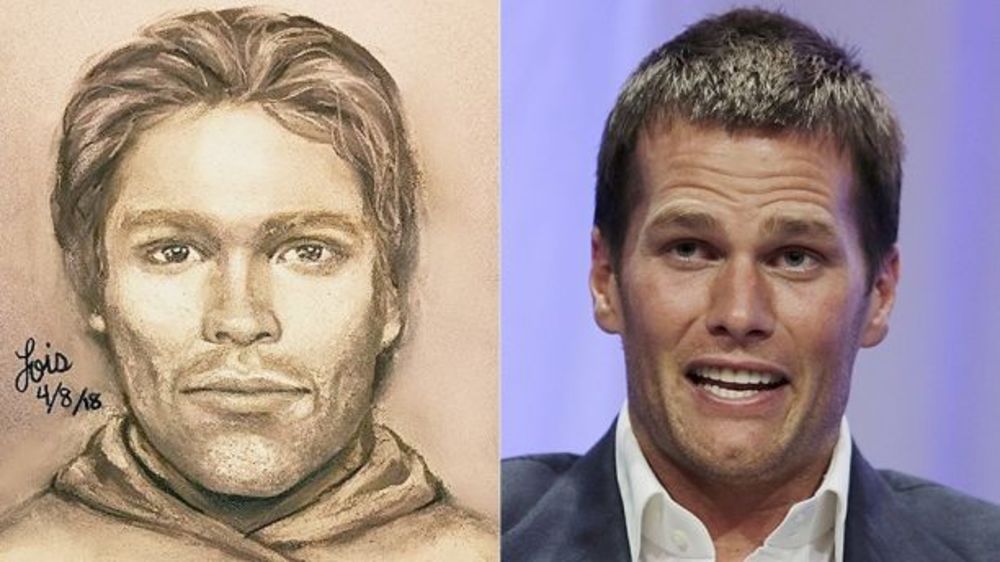 BREAKING NEWS – New York City, New York – Tom Brady found himself unwittingly pulled into another Trump controversy as porn star Stormy Daniels released a sketch of the man she says threatened her to keep quiet about her relationship with the president – a drawing that bears an uncanny resemblance to the Patriots superstar. Daniels, whose real name is Stephanie Clifford, revealed the drawing during an appearance on ABC’s “The View”. She reiterated a claim that a man approached her in a Las Vegas parking lot seven years ago, warning her to keep quiet about the alleged affair with Trump and threatening her life. Daniels, said she remembered the man telling her that he could knock her out by accurately throwing something at her from up to 75 yards away. And then, according to her, when he began to angrily shake his fist in her face, she noticed he was either wearing some brass knuckles or Super Bowl rings.