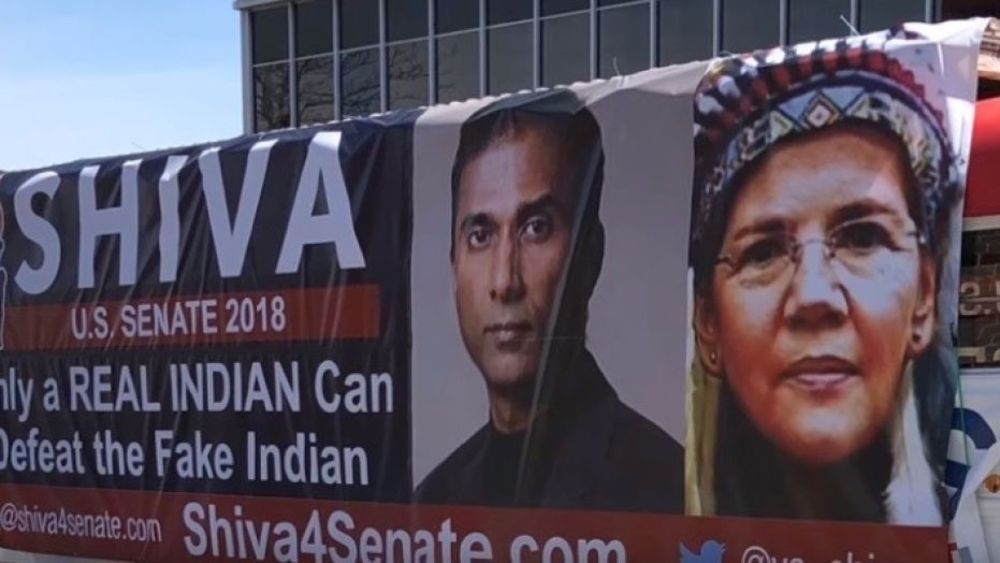 BREAKING NEWS – Boston, Massachusetts – A self-described “real Indian” who is running against Mass. Democratic Sen. Elizabeth Warren is suing after city officials demanded he take down his signs calling her a “fake Indian.” The upstart independent Senate challenger, Shiva Ayyadurai, on Sunday filed a federal lawsuit alleging that the demand from the city of Cambridge violates his constitutional free speech rights, according to The Washington Times. Since March 17, Ayyadurai’s campaign bus has sported two identical signs picturing himself and a rendition of Warren wearing Indian attire. Emblazoned next to the images are the words: “Only a REAL INDIAN Can Defeat the Fake Indian.” At a press conference, Warren extended an invitation to Ayyadurai for a “non-political meeting” that she promised they’ll smoke a peace pipe, and exchange ideas on how to “scalp ‘land grabbing’ white realtors.”