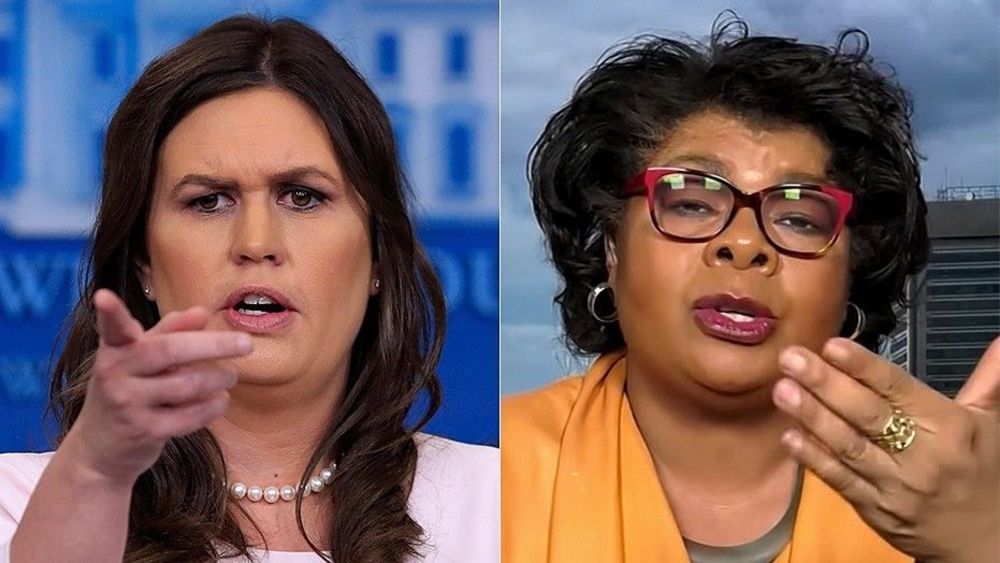 BREAKING NEWS – Washington, D.C. – CNN political analyst April Ryan has been accused of twisting Sarah Sanders’ words in order to make the suggestion that the White House press secretary is looking for a physical confrontation with the star reporter. After Ryan asked a combative question about comments Rudy Giuliani recently made on Fox News during a press briefing, Sanders told Ryan, “Well, with all due respect, you actually don’t know much about me.” Ryan misquoted Sanders while speaking to CNN colleague Don Lemon on-air afterwards, claiming the press secretary said, “You don’t know me,” before declaring the phrase to be fighting words. Ryan explained it this way, “When Sanders said I didn’t know her, it meant ‘you wanna discuss this where there are no witnesses’, which meant, ‘let’s slug it out’, which meant, ‘if this was Mississippi in the 1800’s, I would take you out to a cotton field and have you whipped!’” Lemon replied, “You have just set forth a very compelling argument that not only is Sanders a racist, but more than likely she wished she owned slaves.”