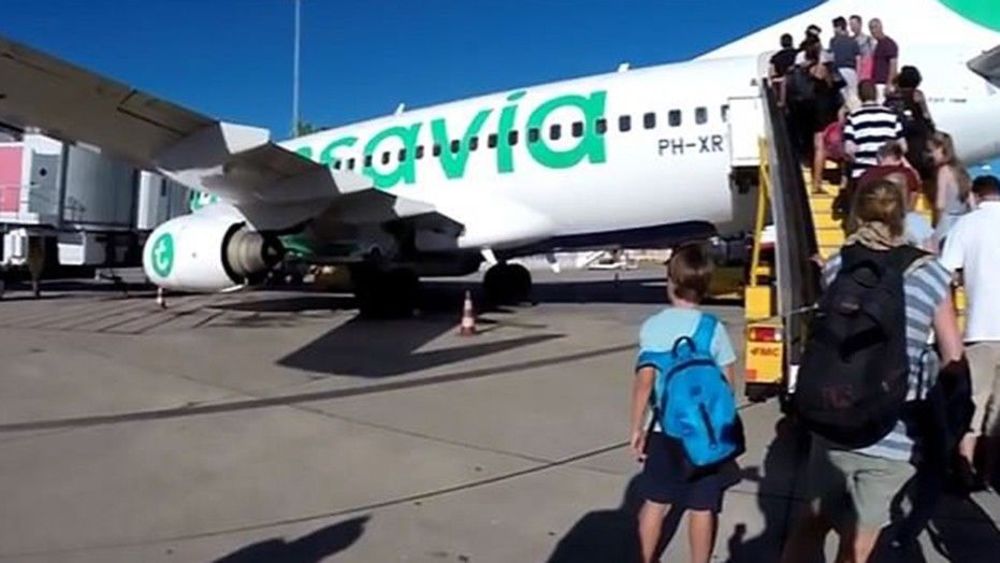 BREAKING NEWS – Gran Canaria, Spain – A Transavia flight to the Spanish island of Gran Canaria was forced to make an emergency landing in Portugal when several passengers reportedly became ill by the “unbearable” smell of an “unwashed” man onboard. The male passenger allegedly smelled so bad that others on the flight began fainting and vomiting once the plane took off from Schiphol Airport in the Netherlands. The man later told the police that the smell was not coming from him, but the repulsive odor came from his service skunk.