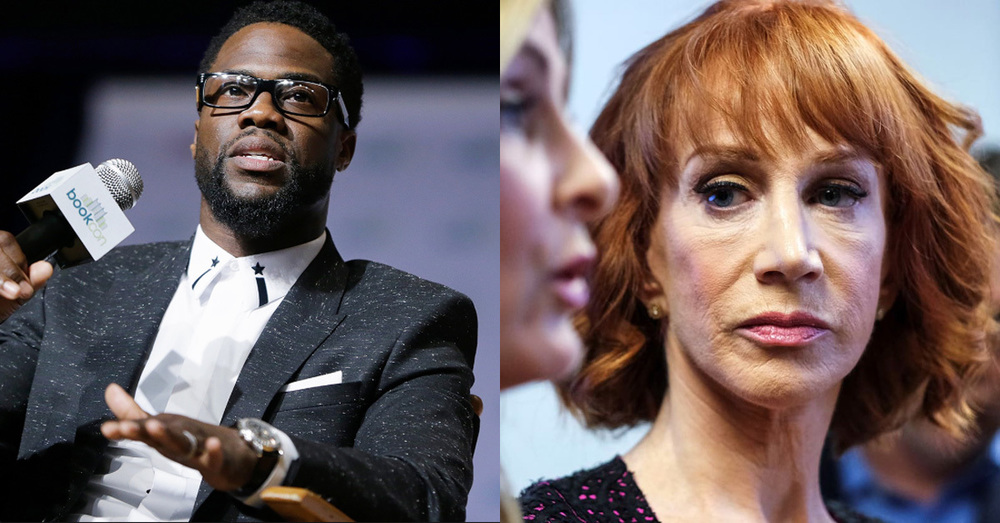 BREAKING NEWS – McLean, Virginia – Comedian Kathy Griffin criticized fellow comedian Kevin Hart for not making fun of President Donald Trump during his comedy routine, calling it a “p***y move” because of his race. During an interview with USA Today, Griffin, who is a vocal critic of Trump, indicated that she is setting off on a new comedy tour that’s filled with jabs at the president and first family. “And look, if you want to not hear about Trump at all, go see Kevin Hart,” she said. “He doesn’t even mention Trump. There was a time when black comedians embraced white comedians revering our career advice, and that’s the way it should be. Kevin is disregarding that tradition and going rogue, and that’s his choice. However, if instead of it being 2018 it was 1818, I would… nevermind, I’ll leave it at that.”