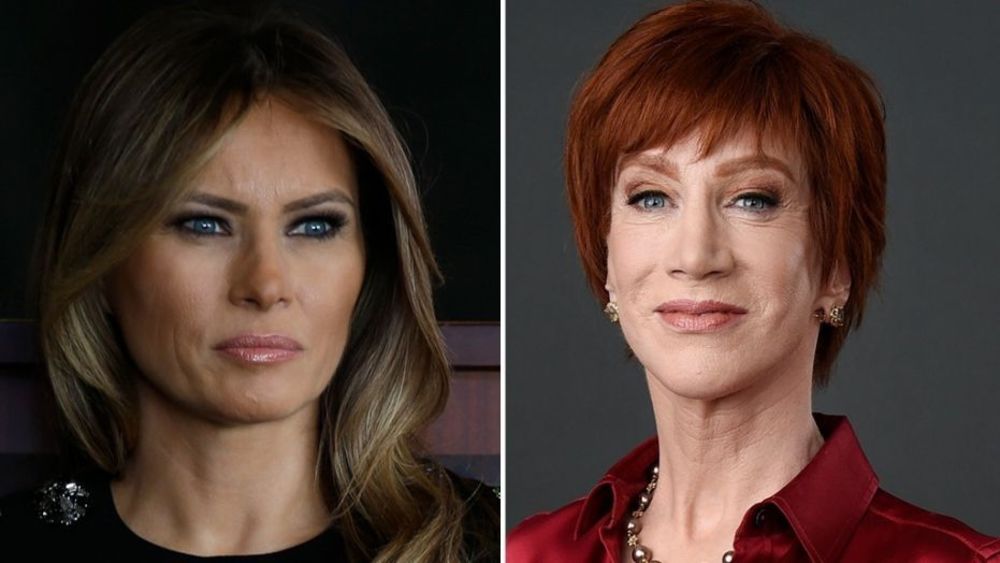 BREAKING NEWS – Washington, D.C. – Kathy Griffin took a vicious new swing at the first lady over the immigration controversy. The first lady had weighed in earlier in on the subject. “Mrs. Trump hates to see children separated from their families & hopes both sides of the aisle can finally come together to achieve successful immigration reform. She believes we need to be a country that follows all laws but also a country that governs w/heart,” her office told Fox News. Griffin then tweeted: “F— you, Melanie. You know damn well your husband can end this immediately…you feckless complicit piece of s—.” The comedian’s manager said that Griffin gets extremely hostile because it’s hard for her to deal with the glaring fact of how much prettier the First Lady is than Griffin. “Kathy is aging terribly, and emotionally this has been difficult for her,” he explained. “In the mornings without make-up, she is so freakin’ ugly, she can scare the stripes off of a tiger. However, you can ask any qualified psychiatrist, and they will tell you that when she lashes out like that, she is not responsible for her actions, because they are fueled by jealousy prompted by her increasingly ghastly appearance.”