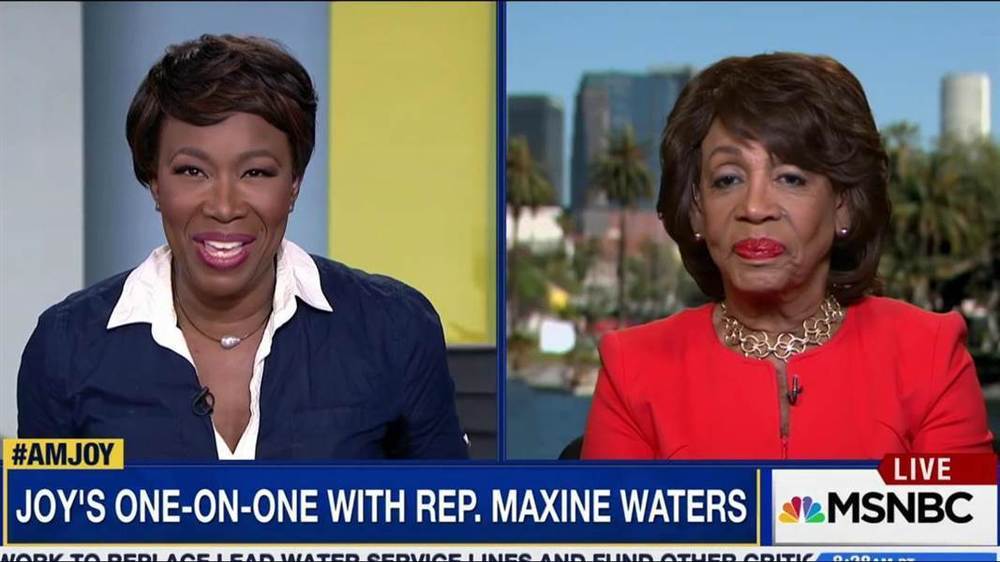 BREAKING NEWS – New York City, New York – While on MSNBC’s “AM Joy”, Rep. Maxine Waters, D-Calif., criticized President Trump’s meeting with Russian President Putin, and called the former “Apprentice” star “Putin’s apprentice.”. “Don’t forget this president can’t borrow money in the United States from any bank. This president is looking at Russia for his new money, financial playground,” Waters told host Joy Reid.  When asked what proof she had that borrowing money was President Trump’s motive for the meeting, Waters responded, “On the way to this studio, I had the original copies of Trump’s loan application and FICA score, that he brought with him to the meeting. However, some white racist Secret Service Agents took them from me as I was about to enter this building.” Reid looked at Waters in complete shock, and then both of them began to angrily chant in unison, “Impeach 45!”