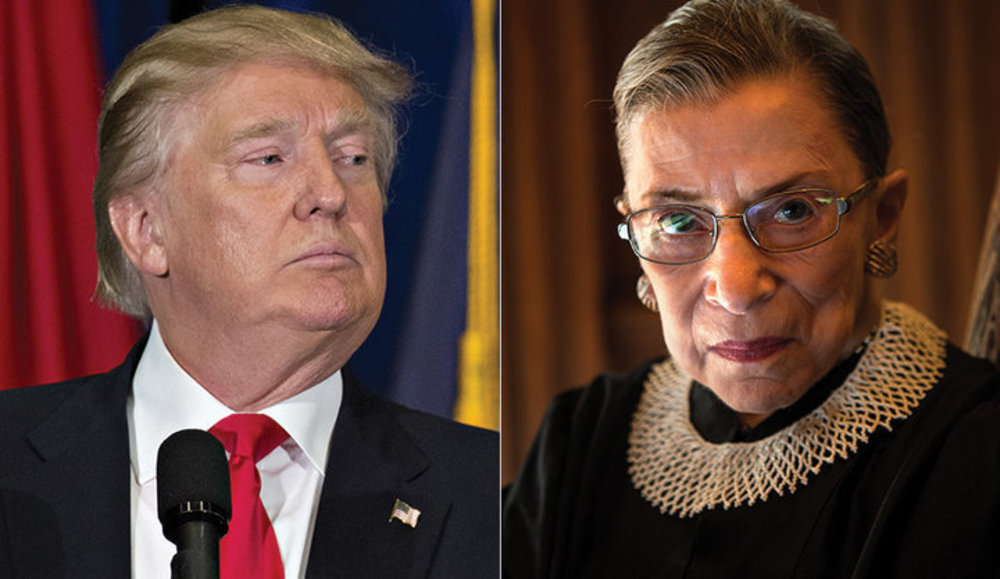 BREAKING NEWS – New York City, New York – U.S. Supreme Court Justice 85 year old Ruth Bader Ginsburg revealed that she hopes to remain on the court’s bench for at least five more years, she said at an event according to CNN. She didn’t actually speak, but she used her gnarled fingers to make hand signals, which was interpreted by her nurse that constantly wiped the drool off of her chin.