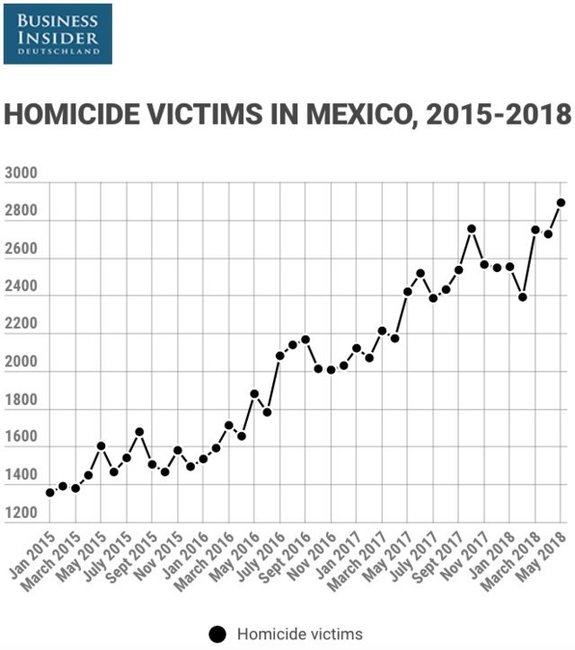 BREAKING NEWS – Washington, D.C. – President Trump seized on news reports of a higher murder rate in Mexico than previously reported to bolster his threat to shut down the government if Congress fails to meet his demands for border-wall funding and other immigration measures. “One of the reasons we need Great Border Security is that Mexico’s murder rate in 2017 increased by 27% to 31,174 people killed, a record!” Trump wrote on Twitter. House Minority Leader Nancy Pelosi immediately responded on Twitter by saying, “The President did not consider the possibility that when a Mexican murders someone in Mexico, maybe they got all of their anger out of their system in their home country. Because it’s likely that when these killers enter into this country illegally, the desire to harm someone vanishes. As usual, President Trump does not consider all reasonable possibilities before making some of his idiotic bigoted policies.”