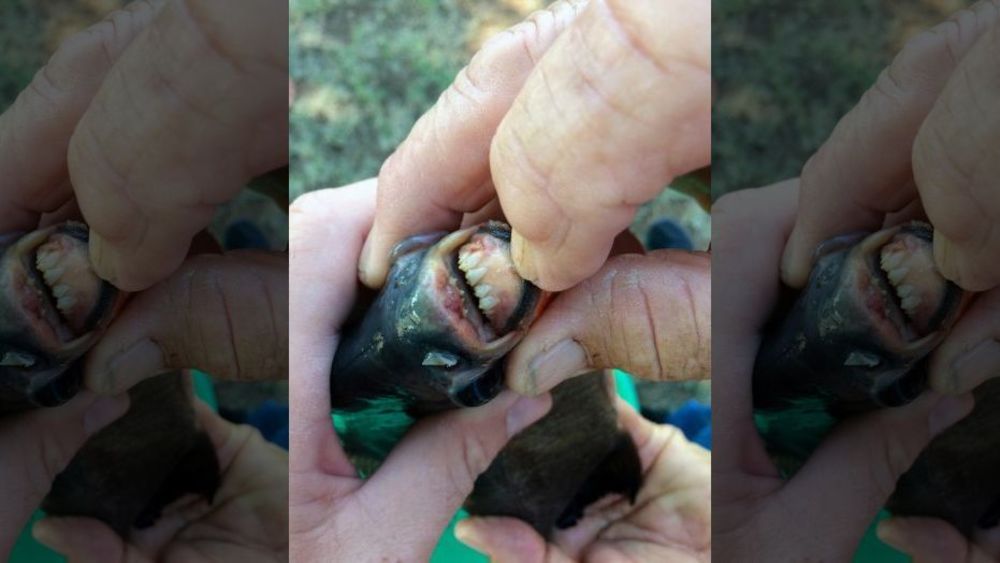 BREAKING NEWS – Lindsay, Oklahoma – A young girl in Oklahoma said she snagged a “weird” catch, reeling in a fish bearing “human-like” teeth. Kennedy Smith, 11, was on a fishing trip at Fort Cobb Lake and got “really excited” when she hooked the fish on her line, she told The Associated Press. “I was confused because I knew that fish with teeth are not normal. It was weird,” Smith told the outlet. “They were human-like and that made it even weirder.” Game Warden Tyler Howser of the the Oklahoma Department of Wildlife Services stated that the fish was probably no more than two years old, explaining that if that particular species was four or older, it probably would be wearing dentures.