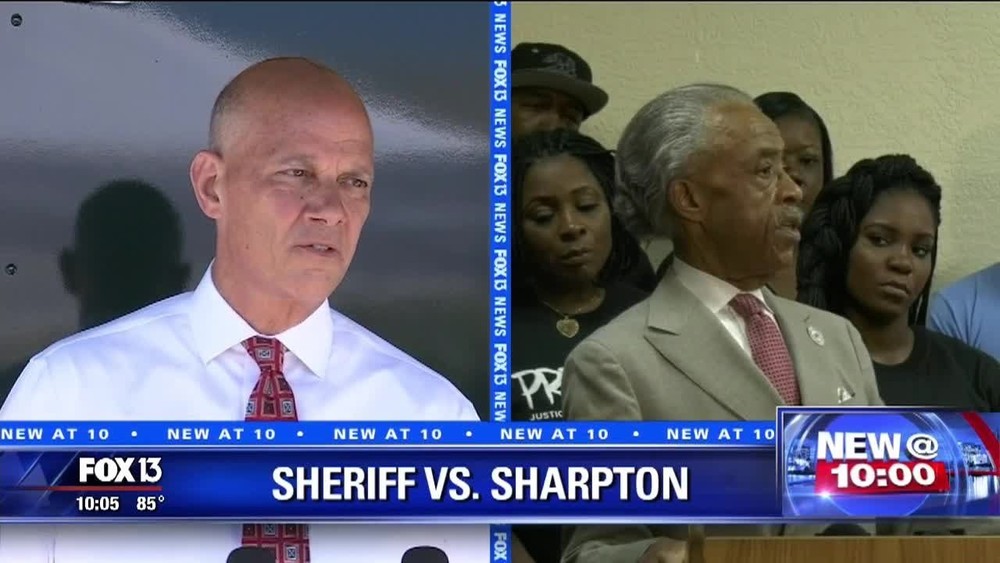 BREAKING NEWS – Clearwater, Florida – Florida sheriff Bob Gualtieri responded to criticism from the Rev. Al Sharpton for not arresting a white man who shot and killed an unarmed black man during a parking lot dispute last month. “It’s a bunch of rhetoric. I don’t pay much attention to it, to tell you the truth. I wasn’t there, and I don’t really care what Al Sharpton has to say,” Gualtieri said. “Go back to New York. Mind your own business.” Sharpton responded to the sheriff by saying, “Mind my own business? Race-baiting is my business! How does he think I make a living? In fact, I list that as an occupation on my dubious tax returns, that the IRS is currently investigating.”