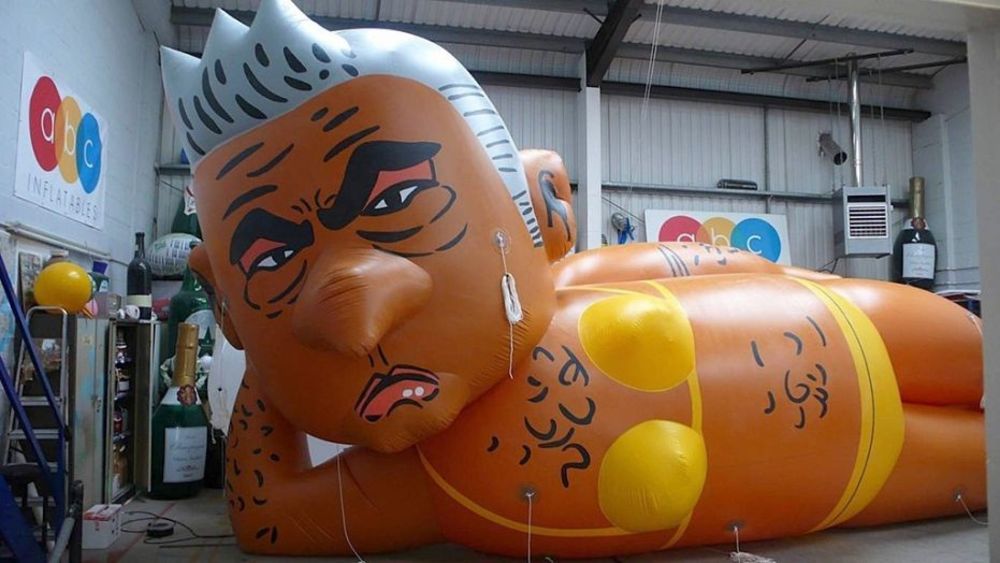 BREAKING NEWS – London, England – A large balloon of London Mayor Sadiq Khan wearing a yellow bikini has been given the green light to fly over the city on September 1, 2018. Protesters were given the OK to fly a blimp of the mayor wearing a yellow bikini over the city, in response to the “Trump baby” balloon that flew during the U.S. president’s visit to the United Kingdom last month. Within an hour of the protest being approved, every store in the city that sold swimwear had sold out all of their yellow two piece bathing suits, which were purchased predominately by women who thought the attire was trending, and beachgoing hairy-chested gay men.