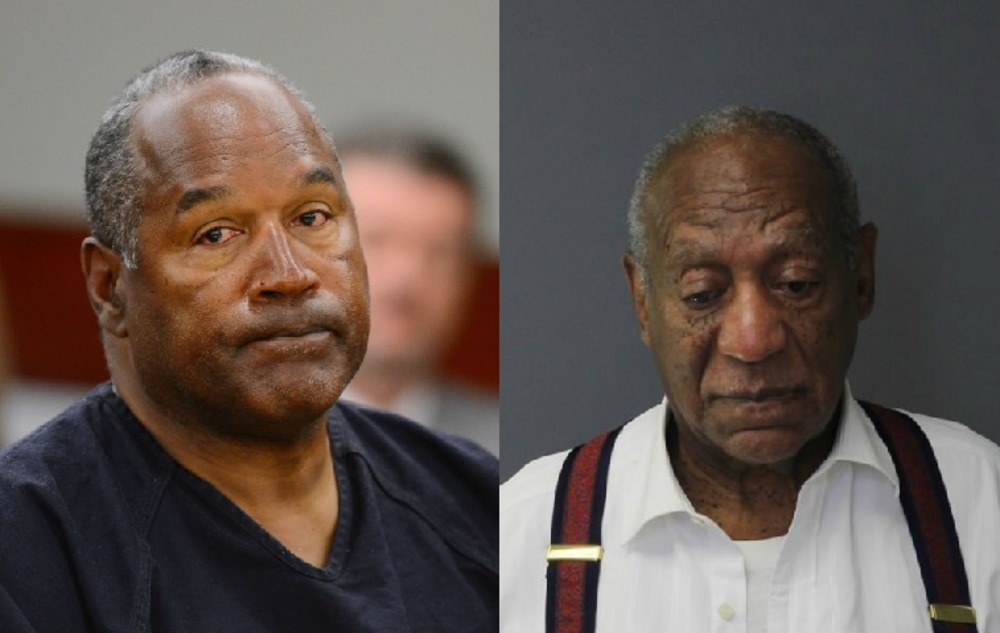 BREAKING NEWS – Philadelphia, Pennsylvania – Bill Cosby spent his first night as Inmate No. NN7687 at a state correctional facility outside Philadelphia. He also posed for a new mugshot in his first set of prison blues. He is serving a three-to-10-year state-prison sentence for his 2004 sexual assault of Andrea Constand. O.J. Simpson suggested that Cosby will be a headache for the warden, what with his wealth and his advanced age. So much so that Simpson thinks Cosby’s sentence will be best served under house arrest. And he further added, “Using drugs to control someone is inexcusable. In the past I have used a knife to control a couple of people, but after the incident, neither one of them accused me of a sexual assault.”