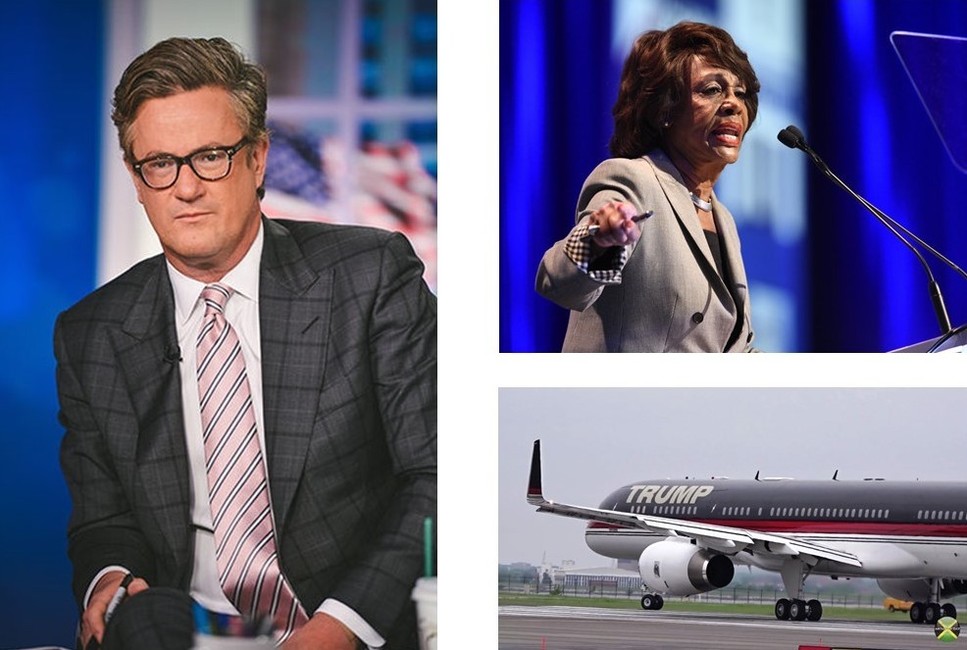 BREAKING NEWS – New York City, New York – MSNBC’s “Morning Joe” namesake Joe Scarborough was slammed for tweeting that “Trump is damaging the dream of America more than any terrorist attack ever could” in promoting a column he wrote one day before the 17th anniversary of the Sept. 11, 2001, attacks, which killed nearly 3,000 people. Maxine Waters backed Scarborough and went a couple of steps further and said, “According to my sources, one of the planes that flew into the Twin Towers had Trump’s name on it. And I also believe that the he conned several peaceful Muslims into trying to land a plane on one of those buildings, in order to secure an audition for ‘The Apprentice’. So, based on my study of the evidence, the reason why Trump won’t release his tax returns, is because it will show that he claimed Al Qaeda and Osama Bin Laden as dependents and he used them as tax write offs. Impeach 45!”