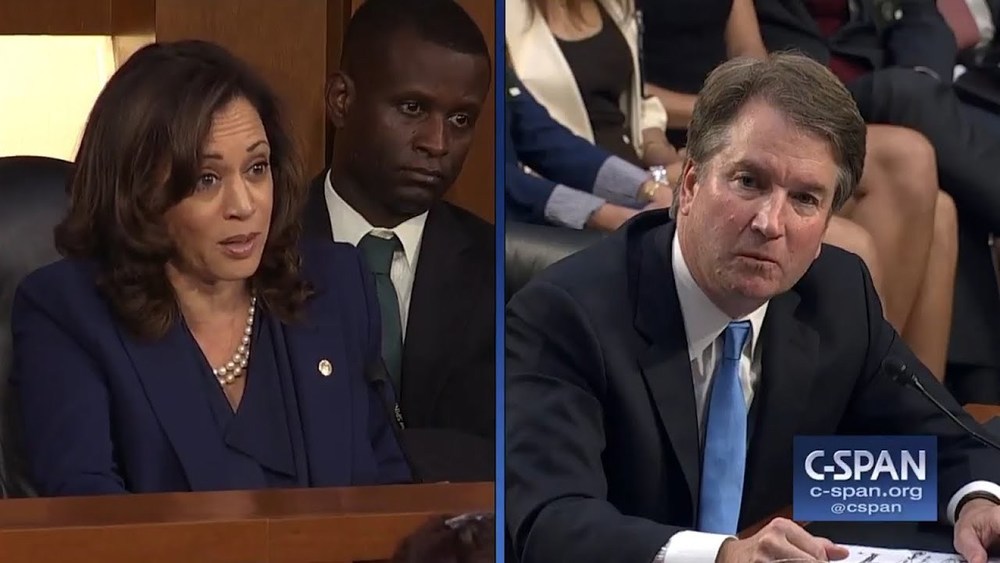 BREAKING NEWS – Washington, D.C. – U.S. Sen. Kamala Harris is facing backlash after several fact-checkers questioned a heavily edited video from her office that depicts Supreme Court nominee Brett Kavanaugh as anti-women. Fact checkers didn’t find Harris’ commentary or the edited video even remotely accurate. The Washington Post gave the senator four Pinocchios, its most egregious rating, saying the post omitted crucial facts such as that Kavanaugh was actually quoting the terminology used by the plaintiff in a 2013 court case rather than stating his actual views. Harris responded to the criticism by saying, “Ok, I had the video edited. So what! White men do this all the time, so when a black woman attempts to mislead the public, it’s a big deal? I wonder when I go ahead with my plan to repeatedly distort facts during my 2020 run for president, if I will once again be subjected to this type of sexist bigoted personal attack!”