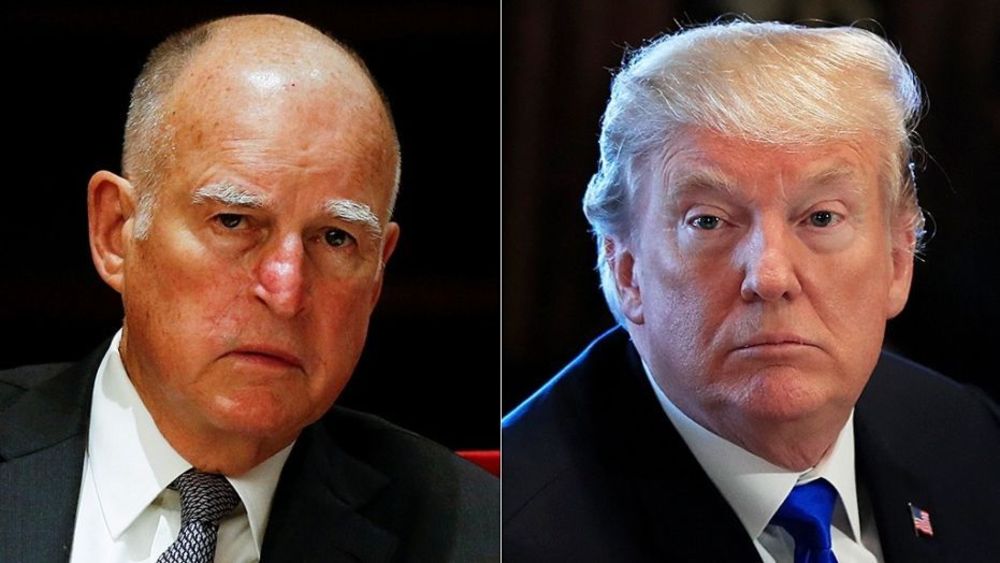 BREAKING NEWS – Sacramento, California – California Gov. Jerry Brown ramped up his criticism of President Trump saying that “something’s got to happen to this guy.” Speaking to MSNBC’s Andrea Mitchell, Brown added: “It’s unprecedented, it’s dangerous, and hopefully this election is going to send a strong message to the country; the Democrats will win…something’s got to happen to this guy, because if we don’t get rid of him, he’s going to undermine America and even the world.” When asked what in specific does he have against President Trump, Brown stated, “He is lying about the economy. It’s not doing great, it’s doing terrible. I meet with people everyday that has entered this country illegally, that are penniless and can’t find a job, which proves we’re in a recession. Fortunately for them, I am a decent and compassionate man, and I try to help these people, no matter how high I have to raise the taxes in this state.”