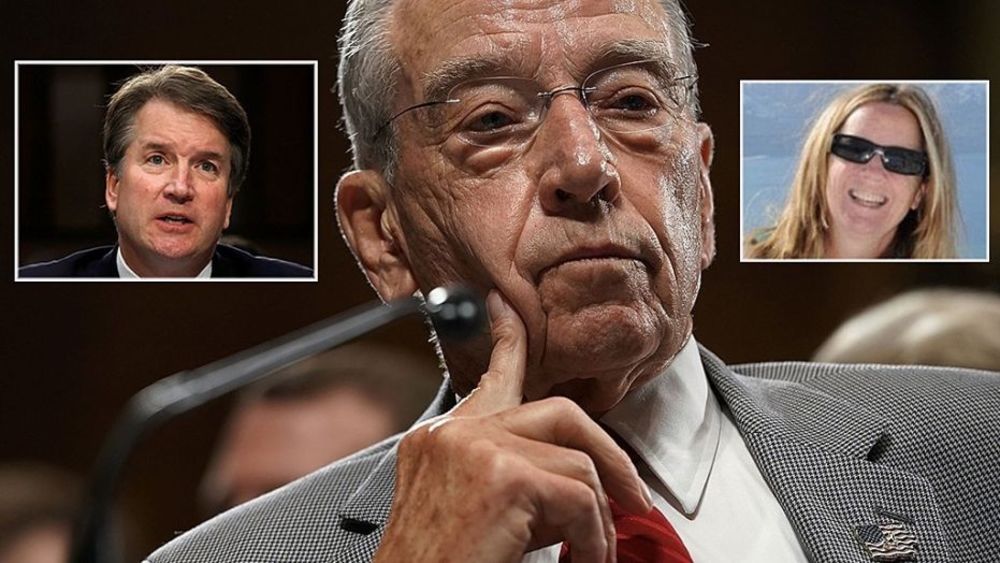 BREAKING NEWS – Washington, D.C. – Senate Judiciary Committee chairman Chuck Grassley, R-Iowa, on Tuesday rejected the requests from Democrats to delay a key hearing on the nomination of Brett Kavanaugh to the Supreme Court. Kavanaugh and Christine Blasey Ford, who has accused the federal judge of sexual assault during a party when they were in high school, are due to testify before the committee. Kavanaugh has denied Ford’s allegations. In a letter to ranking member Dianne Feinstein, D-Calif., Grassley wrote: “I am not going to silence Dr. Ford after I promised and assured her that I would provide her a safe, comfortable, and dignified opportunity to testify … There is no reason to delay the hearing any further.” Ford’s latest reason for another delay among her other demands is, she won’t testify unless she’s offered an opportunity to compete on the next season of “Dancing With The Stars”.