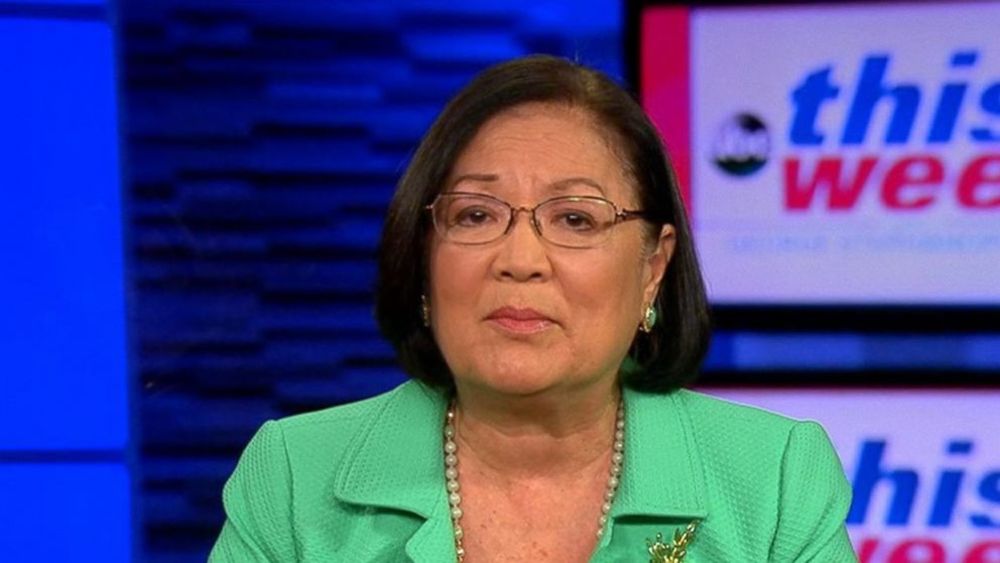 BREAKING NEWS – Washington, D.C. – Sen. Mazie Hirono, who has emerged as one of the most vocal opponents of Supreme Court nominee Brett Kavanaugh, didn’t directly answer when asked if she was confident Democrats didn’t strategically leak Christine Ford’s accusations against him just days before a crucial Judiciary Committee vote. “Are you confident the Democrats didn’t leak that letter, and how do you respond to Senator Graham’s charge that it was inappropriate for the Democrats to refer Dr. Blasey Ford to a lawyer?” host George Stephanopoulos asked Hirono on ABC’s “This Week.” “All of these things do not focus on what we should be focusing, which is the credibility of Judge Kavanaugh,” Hirono, D-Hawaii, responded, before calling Kavanaugh’s claims of a political conspiracy against him “bizarre.” When Stephanopoulos asked her a second time in regards to the democrats possibly leaking the letter, Hirono responded by saying she believes that Kavanaugh plans to reverse the 19th amendment which guarantees all American women the right to vote. After Stephanopoulos asked her a third time, she angrily yelled the ABC journalist and said “Look you little runt! Repeatedly asking a woman the same question is a form of sexual harassment! If you don’t knock it off, I’ll get a permanent restraining order against you, that would prevent you from ever setting foot on any of the Hawaiian islands!”