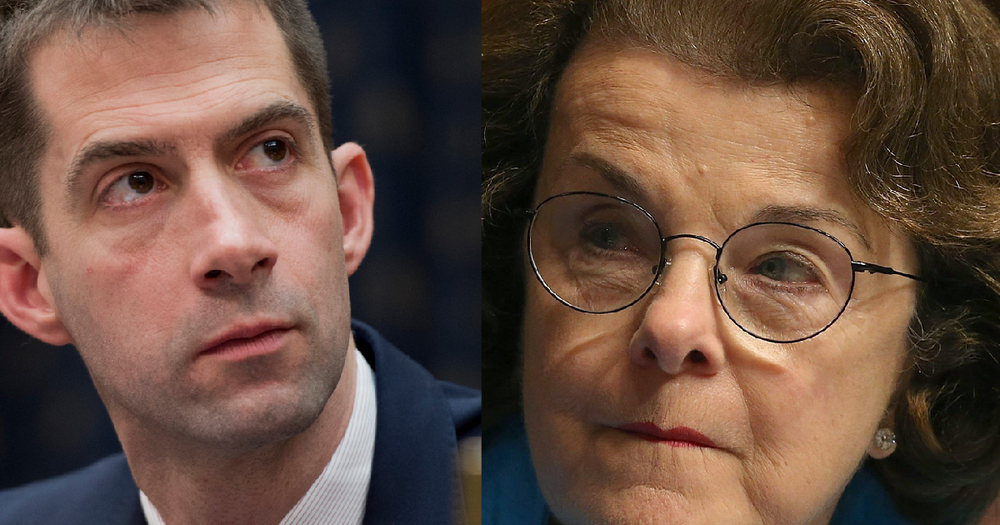 BREAKING NEWS – Washington, D.C. – Sen. Tom Cotton announced that Sen. Dianne Feinstein’s office will be investigated to determine whether or not they leaked the confidential letter from Christine Blasey Ford that detailed allegations of sexual misconduct by Supreme Court nominee Brett Kavanaugh. Feinstein, who represents California and who is the ranking Democrat on the Senate Judiciary Committee, had received the letter from Ford sometime over the summer and was asked to keep it confidential. At some point, however, the letter was leaked to the press, although Feinstein denies that anyone in her office is responsible. But according to a source, she is so worried about the investigation, that she has already contacted her former driver who was a Chinese spy, and had him put a deposit on an apartment for her in Beijing.