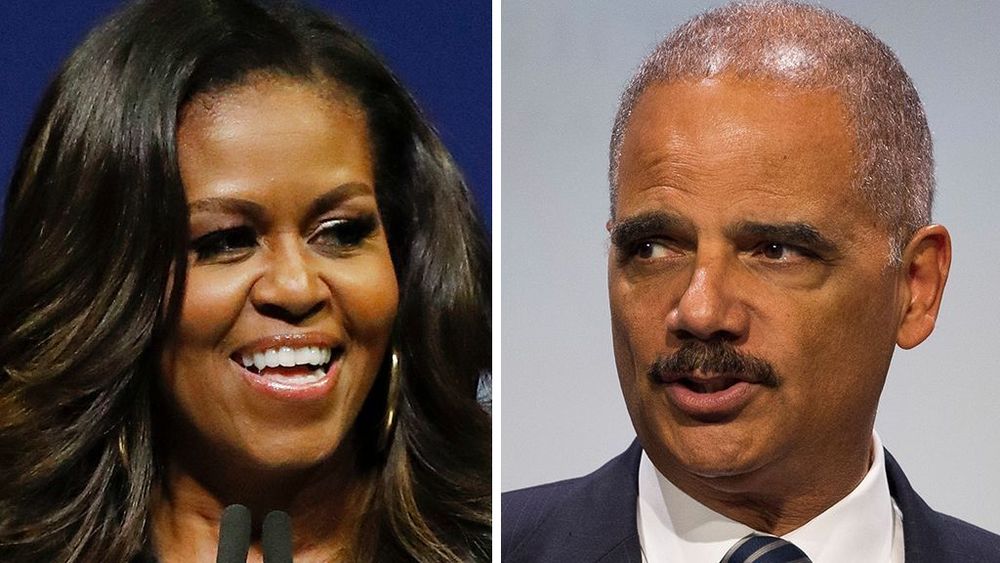 BREAKING NEWS – McDonough, Georgia – Speaking at a campaign event for local Georgia Democratic candidates, former Attorney General Eric Holder flatly rejected former first lady Michelle Obama’s widely cited call for civility and instead urged Democrats to brawl with Republicans. “It is time for us, as Democrats, to be as tough as they are, to be as dedicated as they are, to be as committed as they are,” Holder told a crowd of campaign volunteers and candidates. “Michelle always says — I love her; she and my wife are like, really tight, which always scares me and Barack — but Michelle always says, ‘When they go low, we go high.’ No. When they go low, we kick ’em.” He paused and scanned the crowd before speaking. “Look, let’s be honest, the reason why Hillary Clinton lost, is because voters thought she would continue down the same path President Obama was going. And I get it. He didn’t do much for eight years, so voters told her as well as him to buzz off. So when Michelle Obama tells us democrats to go high, I fee like saying, “‘Woman… your wimpy husband is not my boss anymore! So why don’t you and your man go to your cush jobs at Netflix, and stop trying to give me or any democrat your outdated, unsolicited, boneheaded advice!’”