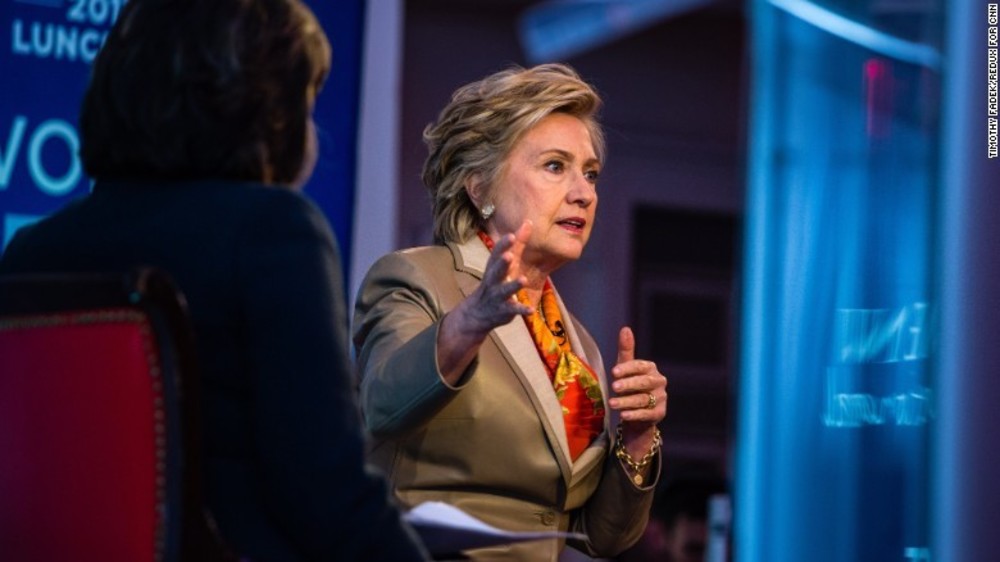 BREAKING NEWS – New York City, New York – During an interview on CNN. Hillary Clinton says the time for civility is over. “You cannot be civil with a political party that wants to destroy what you stand for, what you care about,” Clinton told CNN’s Christiane Amanpour. “That’s why I believe, if we are fortunate enough to win back the House and or the Senate, that’s when civility can start again. But until then, I urge democrats that have a mob mentality, to continue to attack innocent people and destroy property.” She then stood up and began to shout. “Think of this as Civil War II! We must take up arms! Every democrat should join Antifa, and show President Trump that we are sick and tired of him insulting angry liberal mobs!” Amanpour’s eyes lit up with excitement and yelled, “Tell it sister, tell it!” As the standing crowd cheered both of them on, Clinton continued. “And after there are enough human casualties and smoldering cities that have been burnt to the ground, forcing Trump to finally respect left wing radicals, I can finally be carried into the White House like royalty, and placed in the Oval Office, in which I was unfairly denied in 2008 and 2016!” The crowd then exploded in a chant lead by Amanpour shouting “Hillary in 2020! Hillary in 2020!”