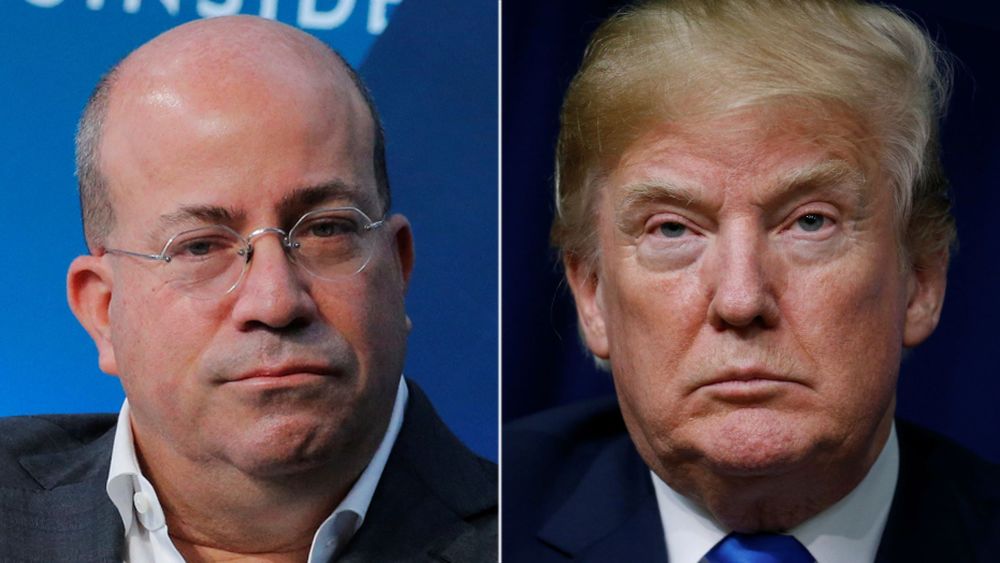 BREAKING NEWS – New York City, New York – Hours after CNN’s New York City headquarters were evacuated over an explosive device Wednesday, the network’s president, Jeff Zucker, issued a statement condemning President Trump and White House Press Secretary Sarah Sanders, saying they “should understand their words matter.” When asked if he would condemn the words of Eric Holder and Maxine Waters, Zucker angrily responded, “That’s not a fair comparison, because no one takes those two stupid idiots serious, and the President knows it!”