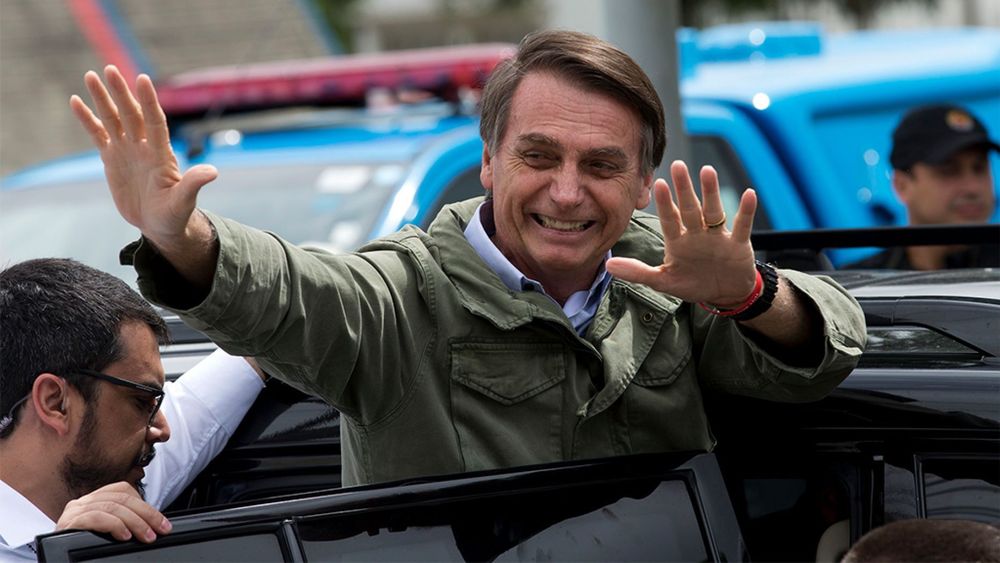 BREAKING NEWS – Rio de Janeiro, Brazil – Brazil’s Supreme Electoral Tribunal declared Sunday that far-right congressman Jair Bolsonaro, a champion of traditional Brazilian values, has won the country’s election for the presidency of Latin America’s biggest country and the world’s fourth-largest democracy. Vermont Senator Bernie Sanders referred to Bolsonaro’s victory as a “disturbing worldwide trend with the rise of conservatism” while speaking at a rally. “These ruthless conservatives all over the planet are trying to squash socialism,” he passionately stated. “They are trying to get everyone employed whether you want a job or not! This proves that republicans do not believe in family values, because if they did, they wouldn’t be trying to keep parents away from their children for 40 hours per week!”