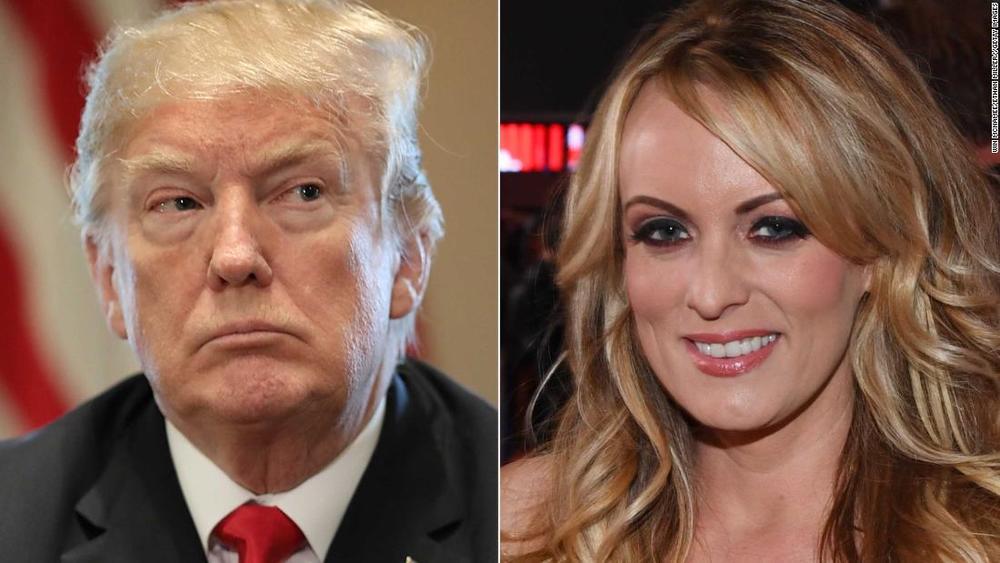 BREAKING NEWS – Washington, D.C. – President Donald Trump is seeking more than $300,000 in attorney fees after a federal judge in Los Angeles threw out adult-film actress Stormy Daniels’ defamation lawsuit on free-speech grounds. Daniels, whose real name is Stephanie Clifford, sued the president in April over a tweet in which he denied her claims of being threatened by a man in a Las Vegas parking lot in 2011 – calling it a “total con job.” In an interview after getting the legal bill, she was on an emotional rollercoaster. “That’s a lot of money,” she angrily began. “I can’t afford that.” She then started speaking as if she was having a panic attack. “It’s a big mixup. It’s a misunderstanding. I never said I was threatened by a man, I said I was uh… um, I said I was threading by the moon. Yes that’s it. I was using a needle to sew some clothes outside late at night.” She then began to cry hysterically. “This is all Michael Avenetti’s fault! He made me do it! I hope he gets disbarred! And I don’t like the ‘clothing optional policy’ sign he places above his office door, every time I come there for a conference!”