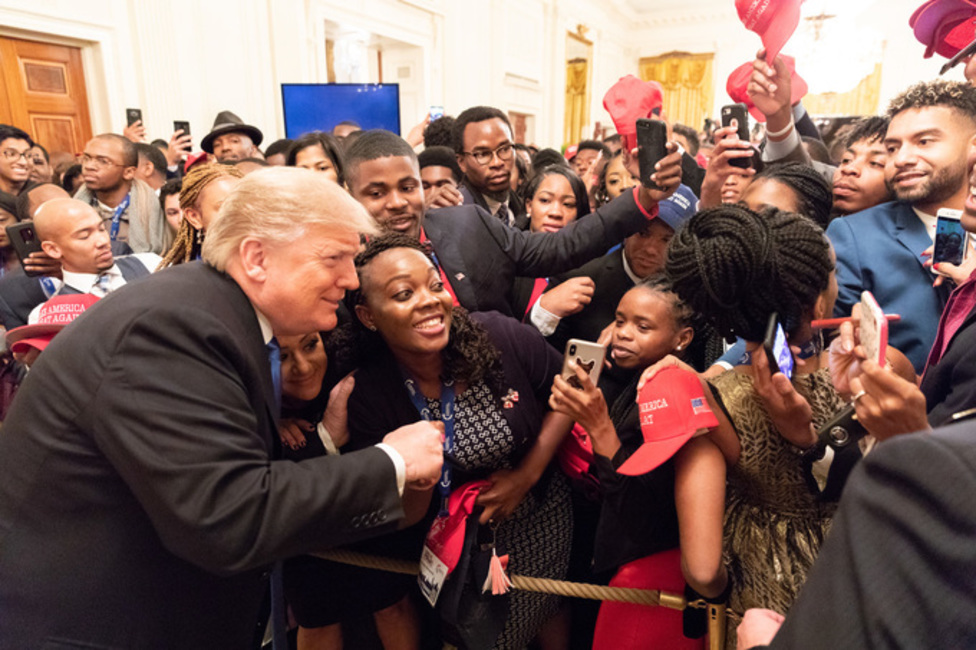 BREAKING NEWS – New York City, New York – Al Sharpton said President Trump’s Young Black Leadership Summit was “shameful,” and he accused the president of “using” young African-American conservatives as “props.” Appearing on MSNBC, Sharpton said the White House “photo op” was “among the lowest things” that Trump could do. When asked if he had ever used blacks as props, Sharpton’s response was immediate. “Absolutely not! If I have a summit or a press conference, I don’t use anyone as prop, because I want all cameras focused exclusively at me. In the bible in Isaiah 42:8, God says He will not yield His glory to another. I embrace that scripture, which is why I will not share my spotlight with anyone, including other blacks.”