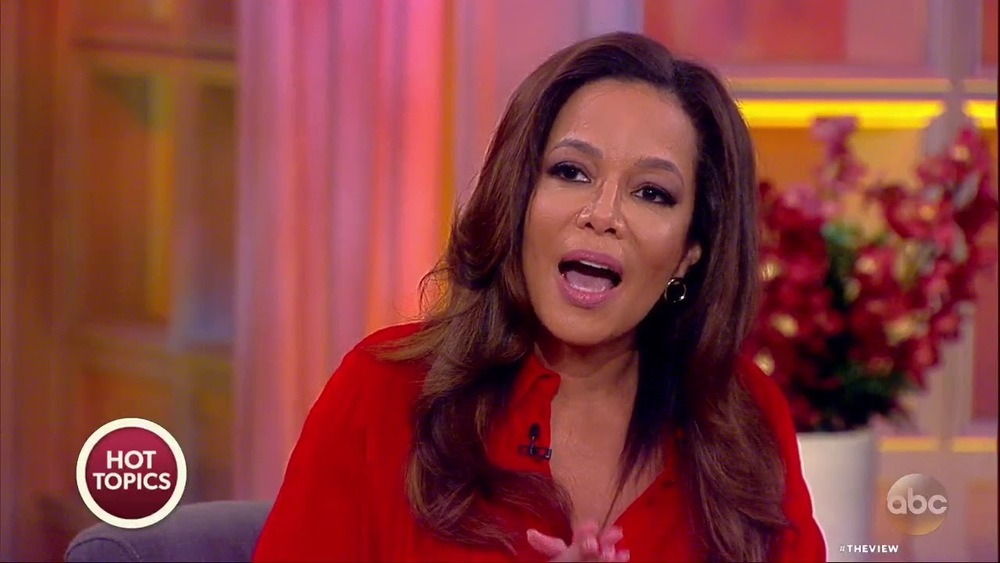 BREAKING NEWS – New York City, New York – Sunny Hostin, a co-host on ABC News’ “The View, waded into the controversy surrounding the White House’s decision to revoke CNN reporter Jim Acosta’s press credentials. She insisted the young female White House intern who attempted to take the microphone away from Acosta after President Donald Trump made clear he was moving on from that reporter was the one guilty of assault and battery. “I’m a lawyer and I know the law,” she began. “She couldn’t take the microphone from Jim just like that. Who owned the microphone? Did it belong to Jim? Was it hers? Was it a rental? The answer should’ve been determined by a judge in a small claims court and not her taking the law into her own hands. Also, the way she aggressively walked up to Jim in an attempt to steal the microphone, the Secret Service would’ve been within their rights to draw their weapons, and fire a few warning shots over her head to thwart the potential unprovoked vicious assault.”