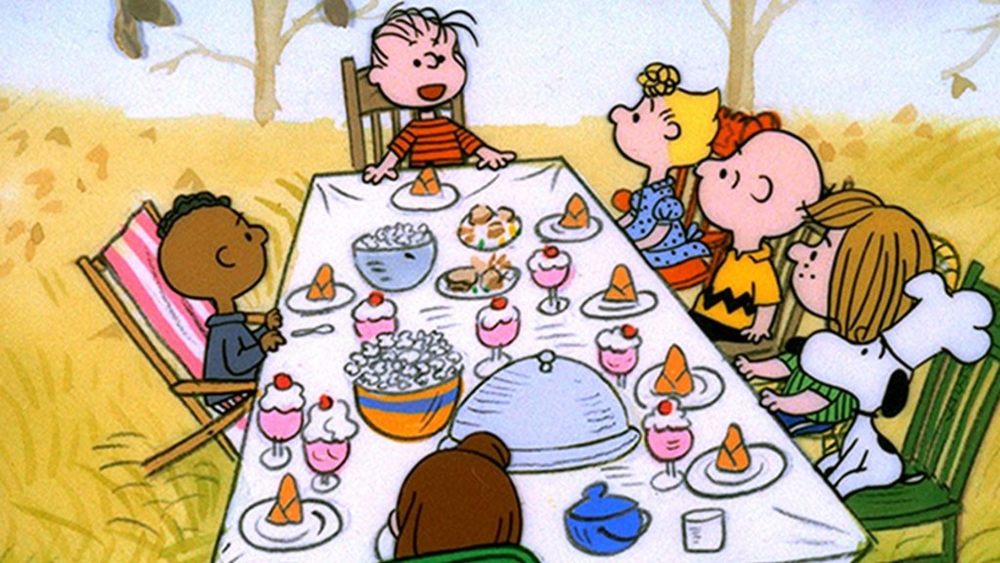 BREAKING NEWS – New York City, New York – Critics are slamming ABC’s “A Charlie Brown Thanksgiving” for seating its only black character, Franklin, alone on one side of the holiday table — in a rickety old lawn chair. Meanwhile, white friends — including Peppermint Patty, Charlie Brown, Sally and even Snoopy — were all seated across from him in real chairs as they feasted, Twitter users pointed out. Other complaints included optometrists believing Marcie was not sitting on the same side as the others because she wore glasses, PETA took exception to Snoopy being a chef which they say condones canine slave labor, and people with deformities demanded an explanation on why none of the Peanuts characters have normal size heads.