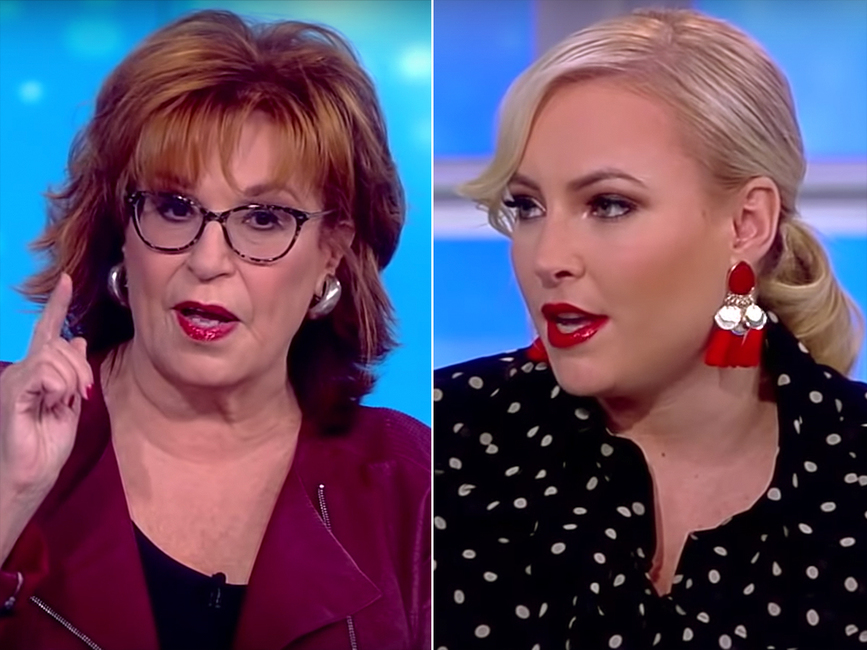 BREAKING NEWS – New York City, New York – On Monday, “The View” co-host Joy Behar apparently cussed out her colleague Meghan McCain, referring to her as an “entitled b****,” and threatened to quit the show if McCain was not put “under control.” The Behar-blow up was ignited during a segment concerning the passing of former President George H.W. Bush. Instead of honoring the late president, Behar used the opportunity to bash President Trump, a go-to favorite for the co-host. That’s when an unimpressed McCain interrupted Behar and asked her to stop talking about President Trump and focus on Mr. Bush. The exchange quickly escalated to an on-air shouting match. Co-host Whoopi Goldberg quickly ended the segment and threw to commercial break as the two ladies are seen still shouting at one another at the round table, and that’s when Behar really went off on McCain. “You think I look ghoulish without make-up, you outta see me when I get really mad!” Behar yelled. “I don’t need this crap anymore! I outta walk out of this show right now and send a morning picture of me when I first wake up to the “Walking Dead”, and get cast as a severely decomposed zombie, where I’ll get the respect that I deserve!”