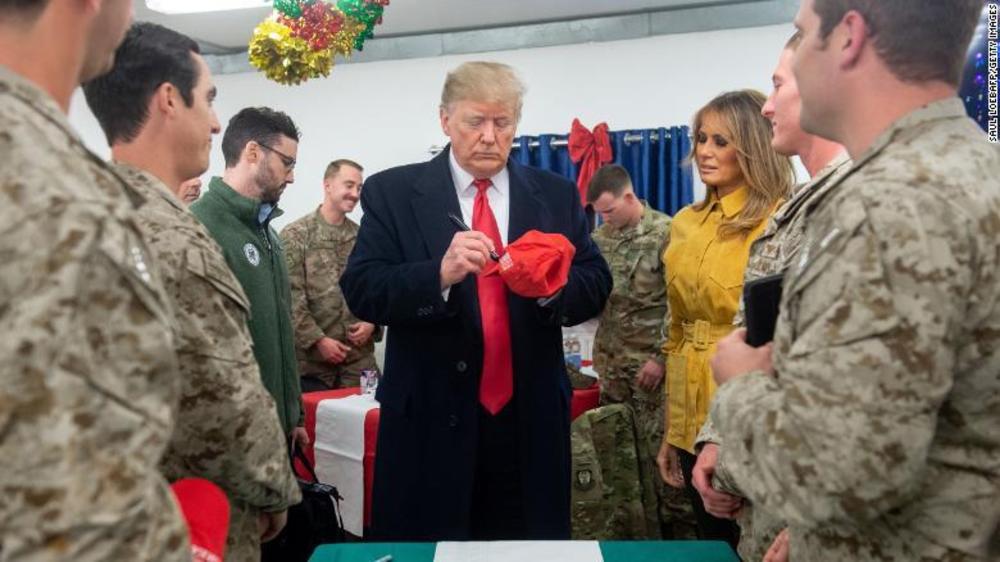 BREAKING NEWS – New York City, New York – President Donald Trump made his first visit to a war zone, receiving an enthusiastic reception from many US troops there — some of whom may have run afoul of military rules, according to retired Rear Adm. John Kirby, a former Obama administration spokesperson and a CNN analyst. “It is in fact a campaign slogan, that is a campaign item, and it is completely inappropriate for the troops to do this,” Kirby said. “When Obama was in office, he would never do anything like this. He stayed as far as he could from the military, and he often made it clear that he didn’t want to have anything to do with them, including their funding. He would never violate those rules because he was very professional, and he was concerned about the military ever getting the erroneous impression that he cared about them.”