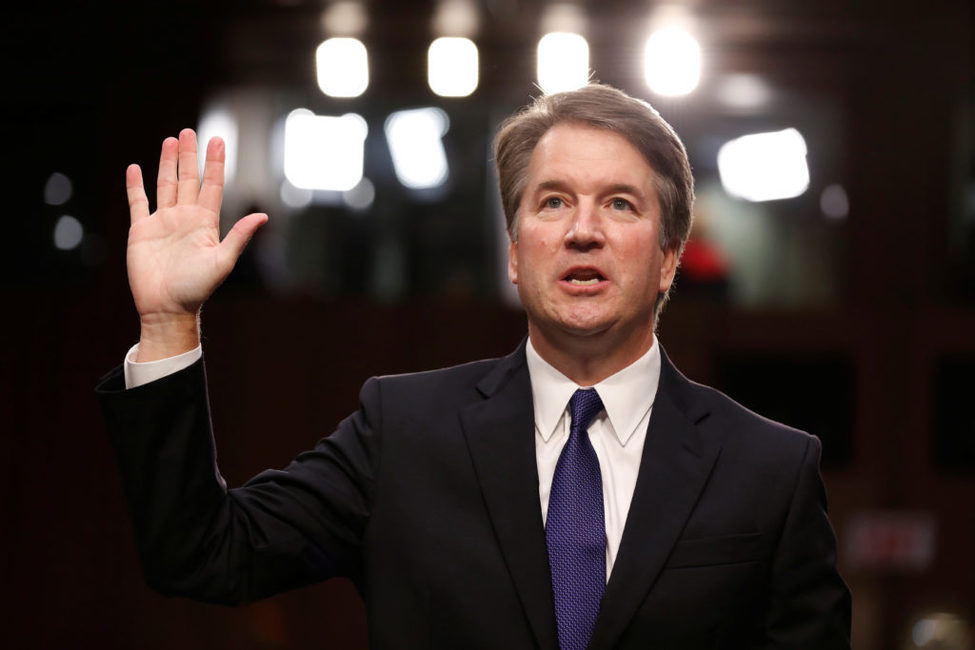 BREAKING NEWS – Washington, D.C. – Brett Kavanaugh, the newest Supreme Court justice, has kept one of the promises he made during his extremely divisive confirmation process: hiring an all-female contingent of law clerks. Kavanaugh’s contentious confirmation was nearly derailed after multiple women accused him of sexual misconduct. Senator Dianne Feinstein stated that due to the fact that he hired four women, proves that he sexually harasses women because he wants to be surrounded by them. When asked what would be her position if Kavanaugh hired all men? She quickly responded, “That would prove that he can’t control himself, and he doesn’t want to take any chances being in the same proximity as women.” And when the follow-up question was, suppose he would have hired two men and two women? Feinstein then answered, “That would prove that he is indecisive and confused, confirming that he is not qualified to be a Supreme Court Justice.”