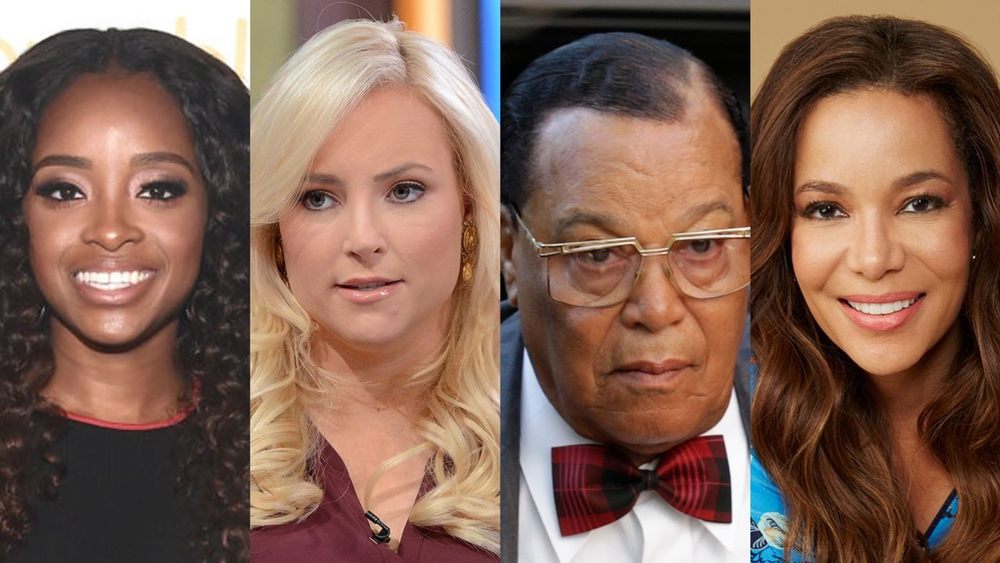 BREAKING NEWS – New York City, New York – “The View” co-hosts Sunny Hostin and Meghan McCain grilled Women’s March co-founder Tamika Mallory over her ties to Louis Farrakhan in a heated discussion. “Tamika, you came under some fire for your relationship with Louis Farrakhan and the Nation of Islam,” Hostin told the guest. “He’s known for being anti-Semitic.” Mallory hesitated before she responded. “I am not anti-Semitic,” she explained. “The only reason why I uh, uh… didn’t invite any Jewish women to be in the march, is because uh… uh… they already had one, when Moses lead them out of Egypt a few thousand years ago, and I uh… uh… thought they would try to hog the spotlight again.”