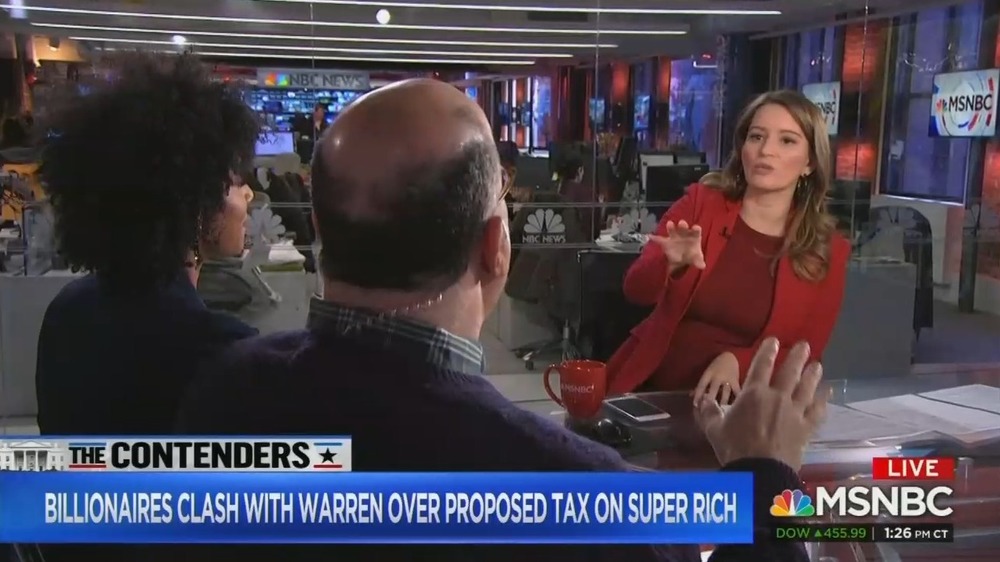 BREAKING NEWS – New York City, New York – MSNBC anchor Katy Tur boldly declared that there was “almost no middle class” in America — before conservative commentator John Podhoretz countered Tur on her assertion, and stated, “That’s a crazy thing to say.” He added, “The median income in this country has gone up $6,000 in the last two years from $47-53,000 a year.” Tur then yelled, “What I said was not crazy, and I’m sick and tired of people questioning the sanity of the anchors at this network! And the problem with this country is, too many people trying to win the White House are trillionaires!”