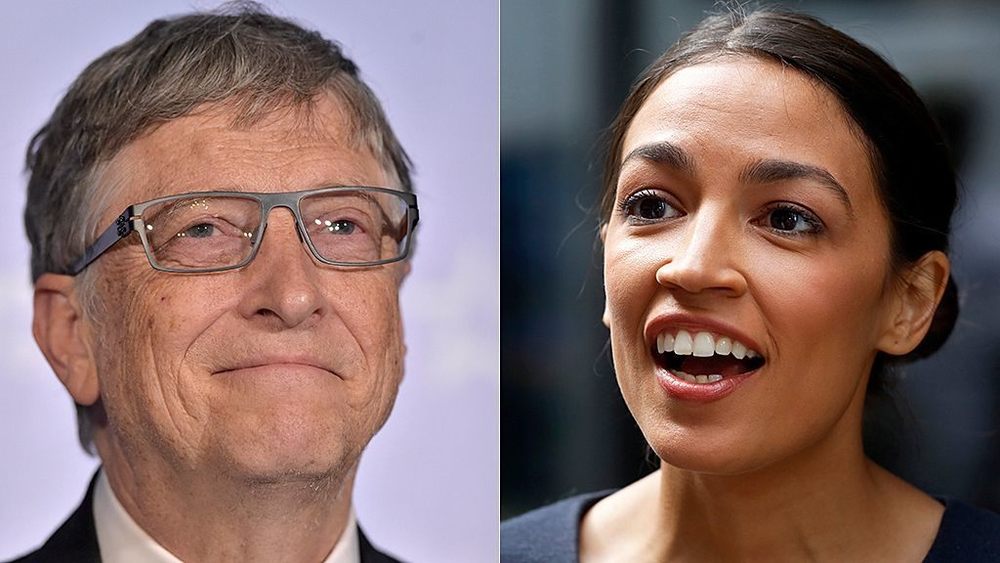 BREAKING NEWS – Seattle, Washington – Microsoft co-founder Bill Gates, who has a net worth approaching $100 billion, has slammed tax policies like the one put forth by Alexandria Ocasio-Cortez, saying they miss the larger picture and could create tax dodging. Speaking on a podcast at tech website The Verge, Gates noted that while tax rates can be “more progressive,” going to extremes such as the one put forth by Ocasio-Cortez, which would tax income above $10 million at a 70 percent rate, misses the broader scope. He added that there are politicians who are so extreme with their policy proposals, that they would start to create tax dodging and certain disincentives, while causing “income to show up in other countries and things.” He concluded by saying, “I’m worth $100 billion, but I would be worth ten times that if I were given a nickel every time Ocasio-Cortez made a statement that confirmed her stupidity.”