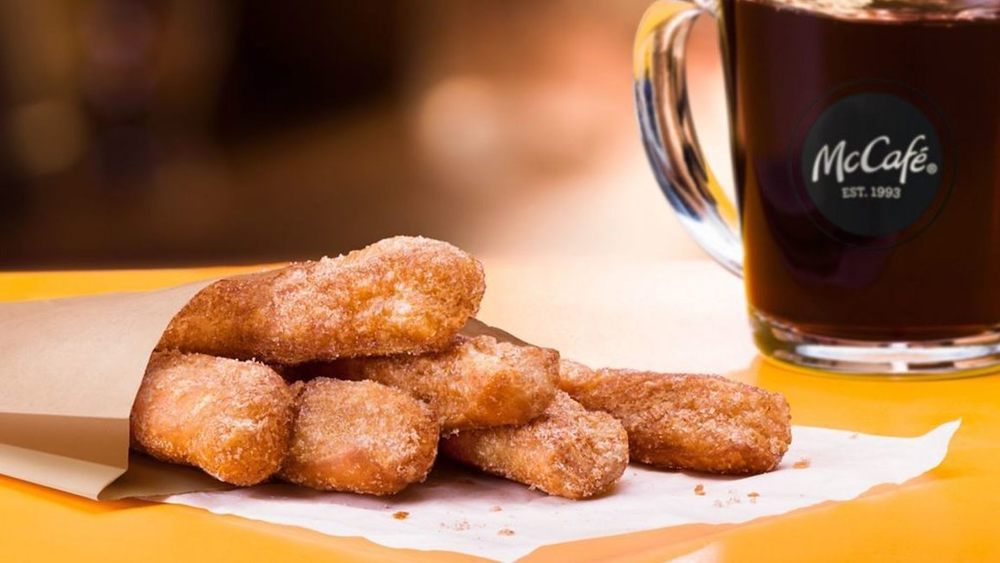 BREAKING NEWS – Chicago, Illinois – McDonald’s had remained tight-lipped about its secretive plans to debut “Donut Sticks” since rumors began circulating early last month — but now it’s safe to say those lips were covered in a blend of doughnut-grade cinnamon sugar this whole time. The fast-food chain confirmed news of the item, described as the “perfect complement to [the chain’s] existing breakfast lineup,” and announced that its Donut Sticks will indeed be available at participating restaurants across the nation starting Feb. 20. “We are proud of our breakfast offerings, and excited to share new Donut Sticks with our customers,” said Linda VanGosen, McDonald’s vice president of menu innovation, in a press release. “We are also going to accommodate all the morning gluttons by also offering something they need to wear after their a.m. gorging, that we call ‘McStretchPants’”.