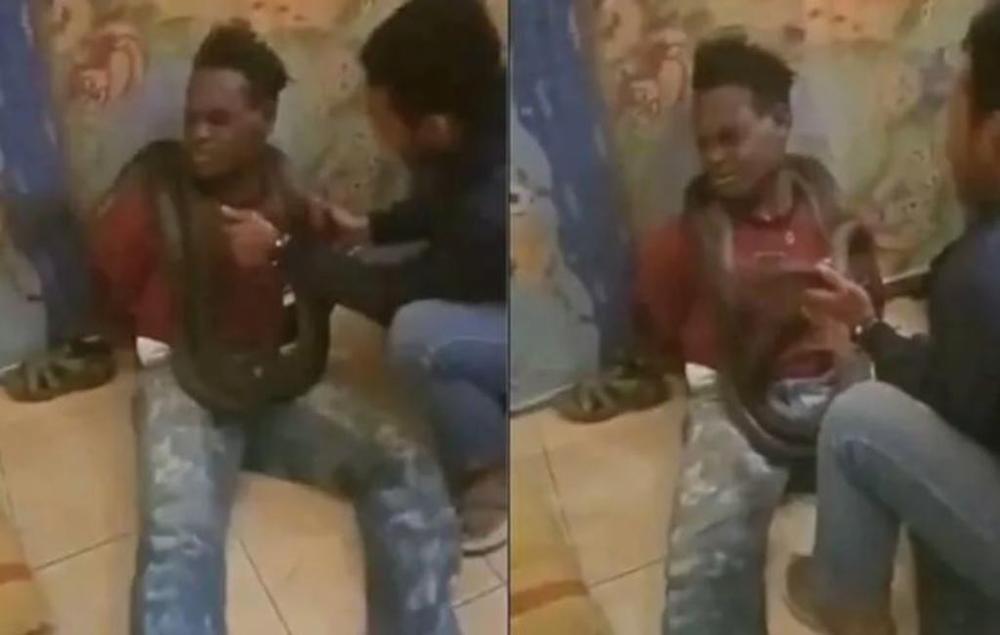 BREAKING NEWS – New Guinea, Indonesia – A man suspected of stealing cell phones was tortured and threatened with having a live snake stuffed in his mouth and down his pants during a police interrogation in Indonesia, according to a shocking video that’s prompted authorities in the country to apologize — but also try to justify the tactic. In the video, the man is seen with his hands tied behind his back and yelling as the snake is pushed toward his face by an officer. Police in Indonesia’s easternmost Papua region apologized — but also attempted to justify the officers’ actions by saying, the suspected thief had the option of either being terrorized by a snake, or watching “The View”.