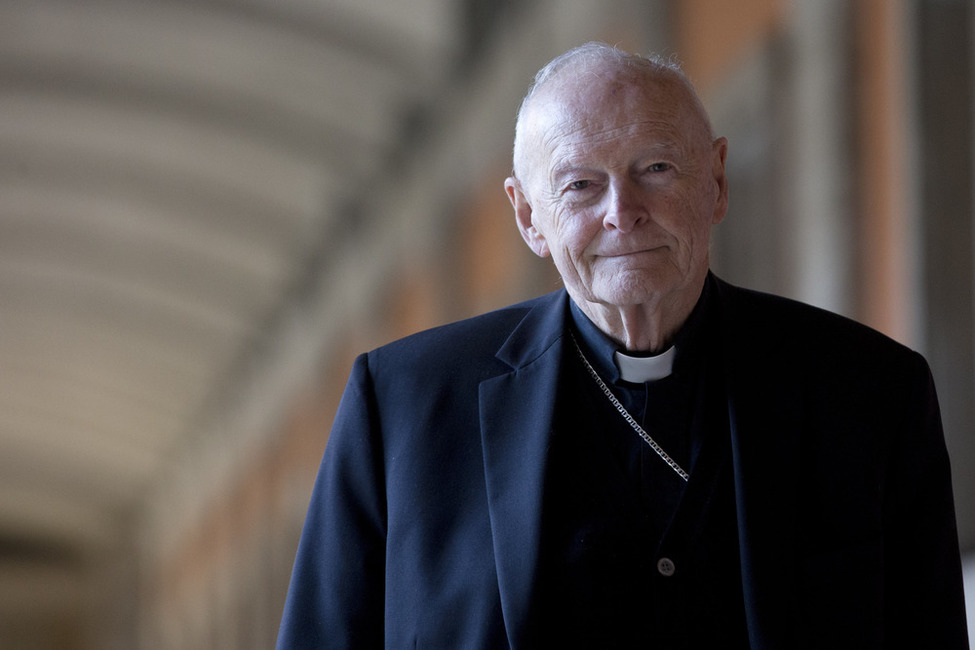 BREAKING NEWS – Washington, D.C. – In the latest development to rock the Roman Catholic Church, Pope Francis has defrocked former U.S. Cardinal Theodore McCarrick, the longtime archbishop of Washington, D.C., who resigned from the church’s College of Cardinals last year amid sexual misconduct allegations. McCarrick, 88, in July became the first Roman Catholic prelate in nearly 100 years to lose the title of cardinal. He resigned last year from the College of Cardinals, and has responded publicly to only one of the allegations, saying he has “absolutely no recollection” of an alleged case of sexual abuse of a 16-year-old boy more than 50 years ago. “The information they were requesting from me was too vague,” explained McCarrick in a written statement. “I don’t remember the ages of any of the teenage boys I dated back then while I was running my church. I know most of them were in 7th and 8th grade and occasionally I got involved with a few high school freshman. But trying to get me to remember a specific age of an altar boy from way back then, was a very unreasonable request of the Catholic Church. Shame on them.”