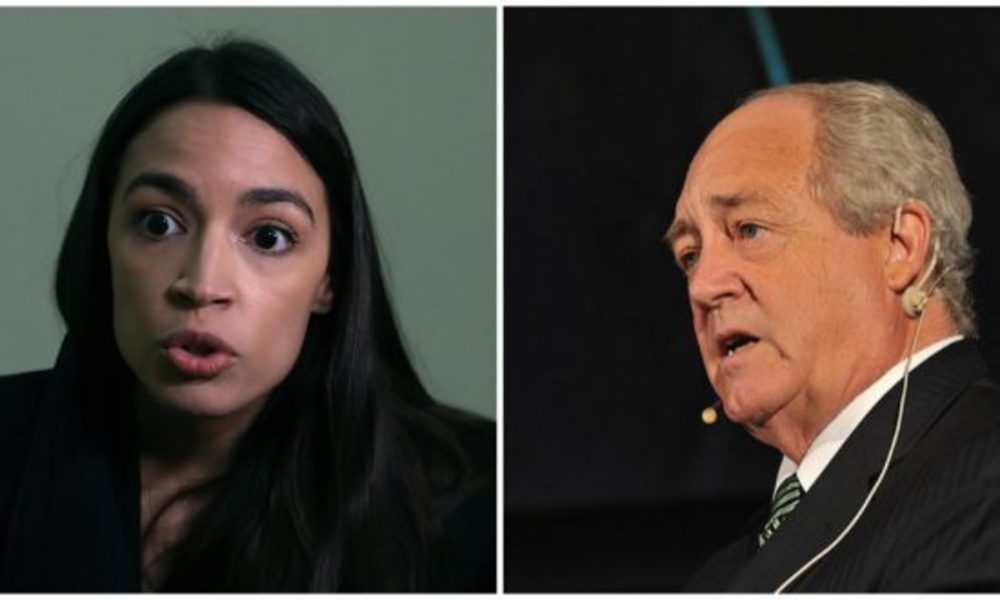 BREAKING NEWS – Washington, D.C. – Patrick Moore, the co-founder of the environmentalist group Greenpeace, ripped into New York Democratic Rep. Alexandria Ocasio-Cortez over the weekend as a “pompous little twit,” saying the Green New Deal plan she’s advocating is “completely crazy.” In a series of tweets, Moore argued Ocasio-Cortez, who has called for drastically reducing fossil fuel production, doesn’t realize what would happen across the world if the radical plan were implemented. “If fossil fuels were banned every tree in the world would be cut down for fuel for cooking and heating,” Moore said in a tweet to Ocasio-Cortez. “You would bring about mass death.” The congresswoman responded by saying, “I’m not sure who these Greenpeace people are because I never heard of that organization. Plus, I do not value their opinion because they are just now weighing in on issues regarding the environment, whereas I have been involved in it for over two months.”