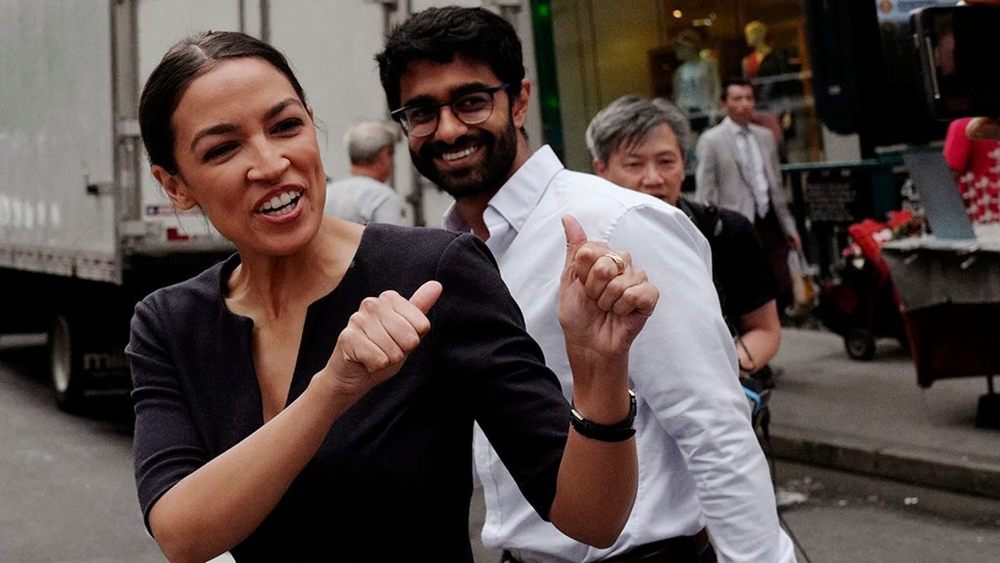 BREAKING NEWS – New York City, New York – New York Rep. Alexandria Ocasio-Cortez and Saikat Chakrabarti, the progressive firebrand’s multimillionaire chief of staff, have been accused of violating campaign finance law by funneling nearly $1 million in contributions from political action committees Chakrabarti established to private companies that he also controlled, according to an explosive complaint filed with the Federal Election Commission (FEC). Amid the allegations, a former FEC commissioner suggested in an interview with The Daily Caller News Foundation that Ocasio-Cortez and her team could separately be facing major fines and potentially even jail time if they were knowingly and willfully violating the law by hiding their control of the Justice Democrats political action committee (PAC). Ocasio-Cortez responded to the complaint saying, “I strongly believe in socialism, that’s why I redistributed the funds to my chief of staff. Chakrabarti believes in capitalism, which is why he used the funds for his businesses. Since he and I have two different perspectives of the economy, I shouldn’t be investigated, but I should be praised for embracing diversity.”