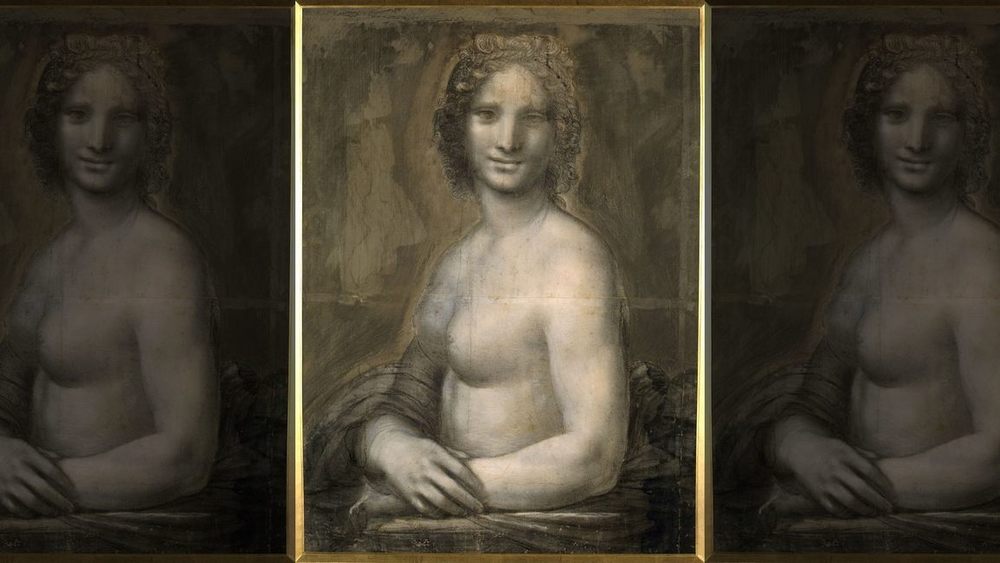 BREAKING NEWS – Paris, France – A mysterious painting titled the ‘Nude Mona Lisa’ may have been drawn by Leonardo da Vinci. The figure’s hands and body bear similarities to the “Mona Lisa,” and may have been used in da Vinci’s preparations for the masterpiece. Citing microscopic exams of the work, AFP reports that the painting was drawn from top left to bottom right, which indicates that it is the work of a left-handed artist such as da Vinci. Another art historian believes the painting was created by the famous artist, but believes it was called back then the “Monty Louis”, and it’s actually a male that was injected with some female hormones.