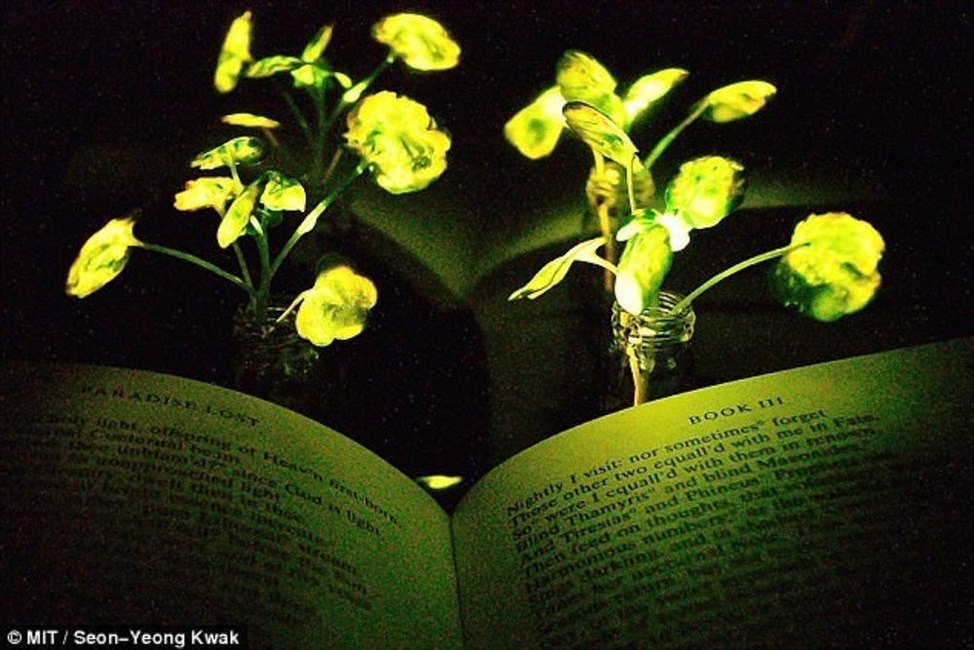 BREAKING NEWS – Cambridge, Massachusetts – Roads of the future could be lit by glowing trees instead of streetlamps, thanks to a breakthrough in creating bioluminescent plants. Experts injected specialized nanoparticles into the leaves of a watercress plant, which caused it to give off a dim light for nearly four hours. This could solve lots of problems. The chemical involved, which produced enough light to read a book by, is the same as is used by fireflies to create their characteristic shine. To create their glowing plants, engineers from the Massachusetts Institute of Technology (MIT) turned to an enzyme called luciferase. Luciferase acts on a molecule called luciferin, causing it to emit light. Christians nationwide are objecting to the new creation because of the title of the molecule, and electric companies along with Eveready Batteries rejected the concept without giving any specific reasons.