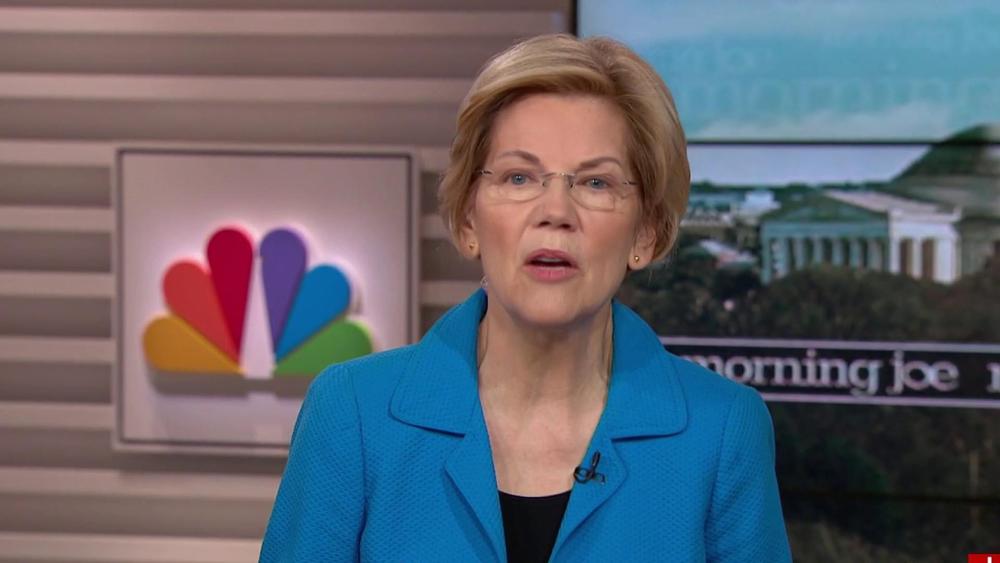 BREAKING NEWS – New York City, New York – Sen. Elizabeth Warren, D-Mass., said she had “zero” sympathy for parents caught up in the college cheating scandal during an appearance on MSNBC. She elaborated on her feelings after being asked the question as part of a number of rapid-fire questions posed by “Mornin’ Joe” co-host Mika Brzezinski. “It’s wrong and unfair,” the senator began. “I don’t have any compassion for people that lie and cheat in our educational system to meet a selfish objective. This never happened in my youth after I graduated from Mohawk High School and later went to the Cherokee School of Law in Sioux City, Iowa. The bottom line is, after the white man took our land, they believe the rules that applies to us, does not apply to them.”