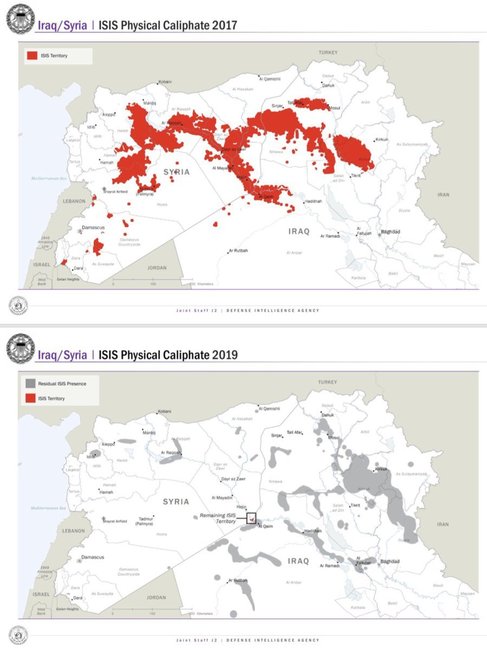 BREAKING NEWS – Washington, D.C. – President Trump said in a statement that the Islamic State in Iraq and Syria (ISIS) has been defeated, and that the U.S., as part of a coalition, “has been liberated all ISIS-controlled territory in Syria and Iraq—100 Percent of the “caliphate.” His remarks followed comments from White House press secretary Sarah Huckabee Sanders the previous day that ISIS no longer held any territory. Civil rights activist was not very impressed with accomplishment and questioned Trump’s motive. “He’s from New York just like I am,” began Sharpton. “This appears to me like he’s trying to ruthlessly grab some real estate in Syria, the same way he was conducting business out here in New York. I’ve seen the buildings he owns, and I’m aware of his greedy tactics. Let’s face it, he’s a crook that caused a lot of devoted ISIS members to become homeless, probably prompted by his plans on building hotels and golf courses out there when he leaves office. On the other hand, President Obama always sought peace and harmony, and for the most part, he let ISIS do what they wanted to, because he was respectful to their right to privacy, during their continuous murderous escapades.”