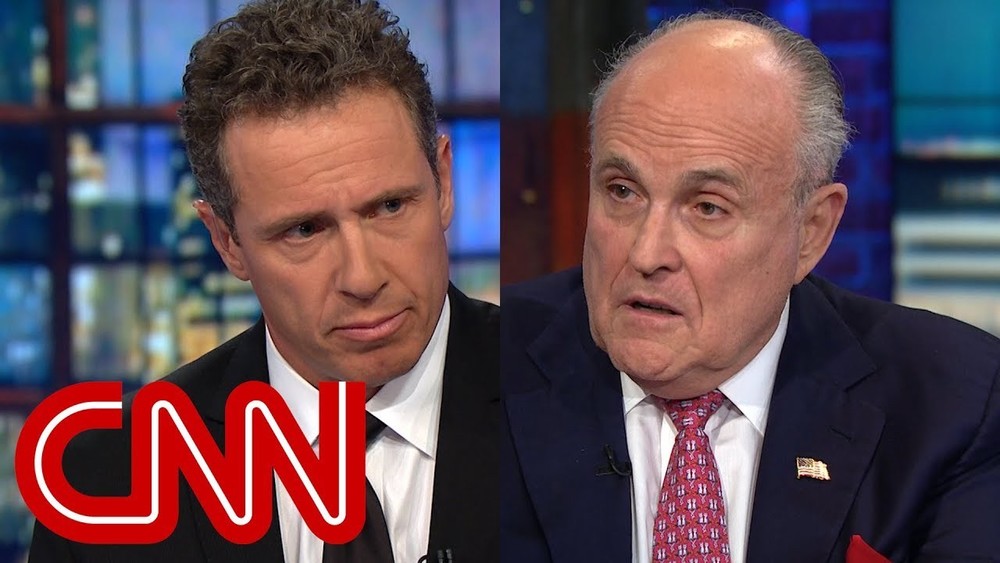 BREAKING NEWS – New York City, New York – CNN’s Chris Cuomo sparred with Trump attorney Rudy Giuliani over Attorney General’s summary of special counsel Robert Mueller’s report on the Russia investigation and charges of collusion and obstruction. Giuliani demanded several times that Cuomo apologize on behalf of CNN for how they “tortured” Trump. “You guys on this network have tortured this man for two years with collusion and nobody has apologized for it,” Giuliani said to the CNN host. “Apologize?” responded Cuomo. “Why won’t Trump apologize for getting a billion dollars from the Pentagon to build a wall, instead of using some of the funds to set up some support groups all over the nation, to help millions of

people who are going through depression right now because they trusted this network in regards to the Russian collusion? People are angry and hurting because they were gullible enough to assume CNN was honest and objective!” he yelled. “Yet Trump wants to build a wall instead of safe spaces in blue states, where the suckers who bought into this network’s nonsense can have some quiet time to reflect on their feelings!” Cuomo began to choke up and fight back tears as he extended both arms to Giuliani. “I need a hug.”