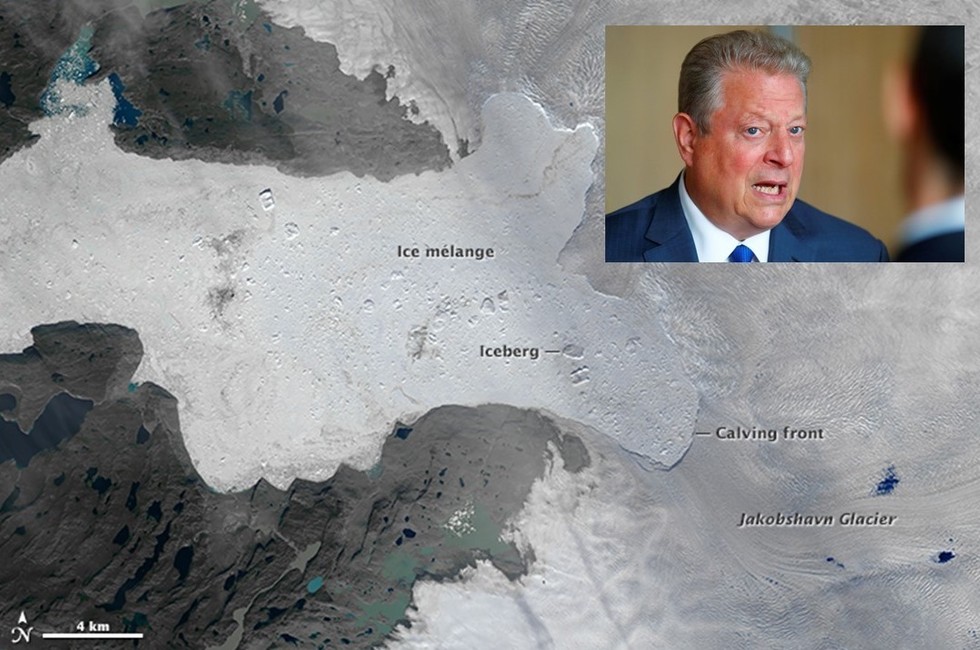 BREAKING NEWS – Nuuk, Greenland – Greenland’s fastest-flowing and fastest-thinning glacier recently threw a real brain bender at scientists, who realized that instead of shrinking, the glacier is actually growing thicker, they reported in a new study. The glacier — known as Jakobshavn, which sits on country’s west coast — is still contributing to sea level rise, but it’s losing less ice than expected. Instead of thinning and retreating inland, its ice is thickening and advancing toward the ocean, the researchers found. Former Vice President Al Gore who was told about this new information, was arrested near the base of the glacier, using a blowtorch to stop the growth. Witnesses stated that he had a crazed look on his face, as he was attempting to melt the ice, while shouting something about an Oscar, and some Florida election results.