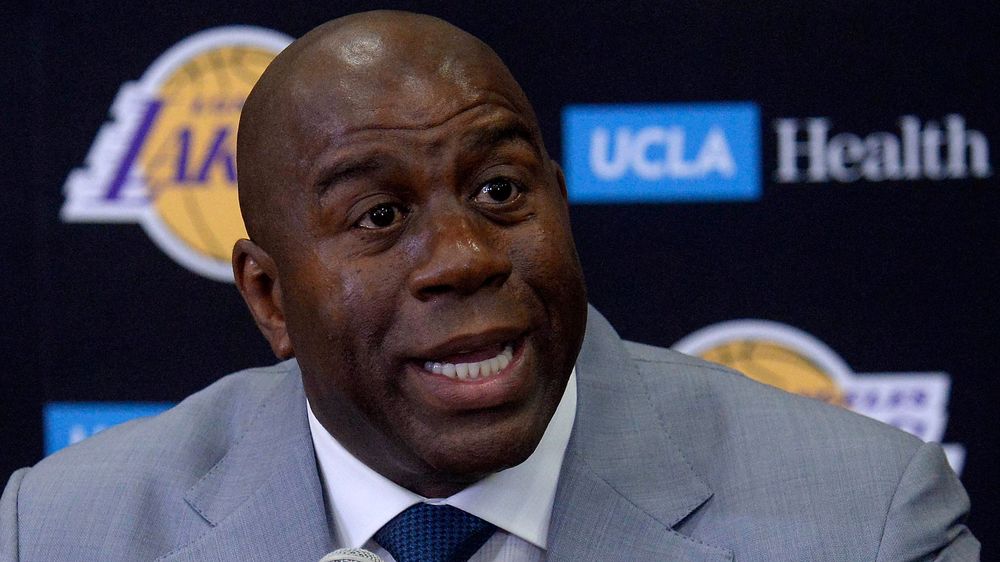 BREAKING NEWS – Los Angeles, California – Prior to the game against the Portland Trail Blazers, Magic Johnson spoke to the media and announced that he would step down from his position as president of basketball operations for the Lakers. At a press conference, he aired his frustration with the team. “This team is pathetic,” he began. “I stopped watching them play after the first few weeks of the season. My departure means I will no longer have to deal with the uncomfortable phone calls from Kareem Abdul-Jabbar, when he just laughs nonstop. I had to change my phone number three times. But by far, Lebron is the biggest disappointment. We are paying him $36 million a year, and with all that, we only win a couple more games than last year, and still don’t make the playoffs. I could’ve gotten the same results with a second stringer from the WNBA, at a fraction of the cost. I’m a businessman and that’s bad business. I’m glad I’m gone, because now I don’t have to hear Lebron constantly whine about the Cleveland Indians losing to the Cubs in the 2016 World Series, or listen to him brag about his hair plugs.”