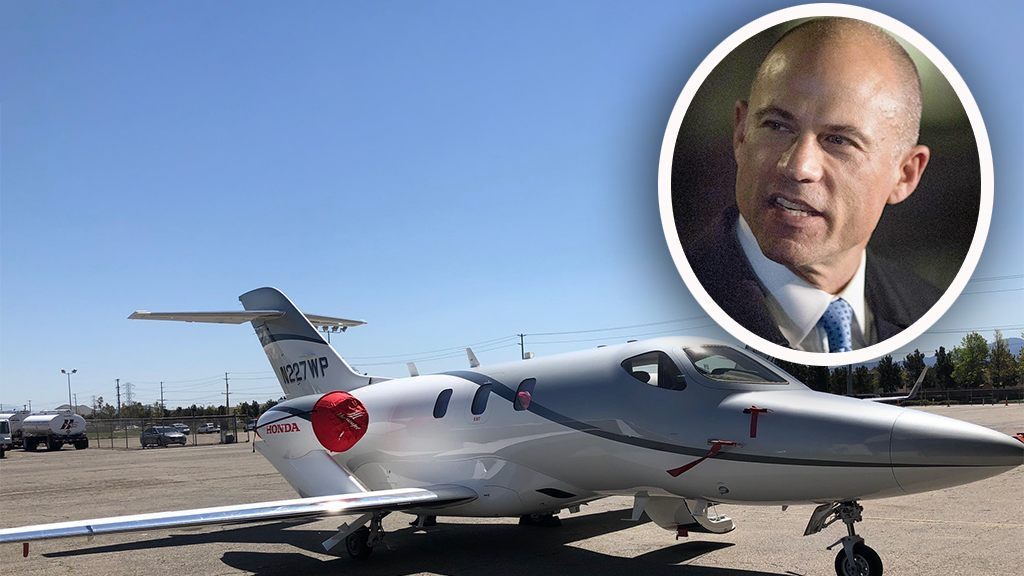 BREAKING NEWS – Los Angeles, California – Embattled lawyer Michael Avenatti who faces up to 100 years in prison in connection with extortion and wire fraud charges, was the subject of a federal warrant that resulted in the seizure of his private jet, worth about $4.5 million. A U.S. Attorney’s Office spokesman, Thom Mrozek, confirmed that federal agents seized a Honda HA-420 twin-engine jet from Santa Barbara Airport after a federal judge issued a warrant. A defiant Avenatti, responded to the loss of his jet by stating at a press conference, “The feds think they’re so freakin’ smart by taking my plane. But I assure you, there are other ways for me to flee this country to avoid prosecution!”