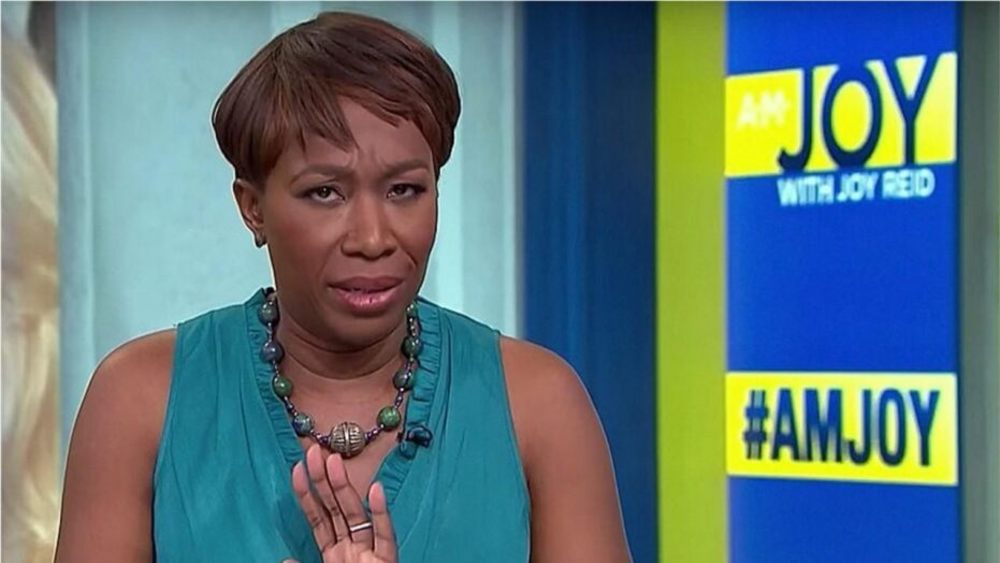 BREAKING NEWS – New York City, New York – MSNBC host Joy Reid has been accused of slandering President George W. Bush for declaring that Guantanamo Bay detainees were starved during his administration. “During the Bush era, we were starving people in Guantanamo,” Reid said during Saturday’s episode of “AM Joy” during a panel discussion. However, the truth is precisely the opposite. During the Bush era, Guantanamo officials took strong measures to prevent people from starving. A number of prisoners had gone on hunger strikes to protest prison conditions… rather than let the prisoners starve themselves to death, the prison officials force-fed them. When Reid was made aware of this fact during the show, she was outraged. “What Bush did was disgusting!” she yelled. “How dare he violate someone’s rights and make them consume food when they didn’t want to! That’s worse than starving them! Did the prisoners have side dishes? Were their desserts tasty? Bush’s actions suggest to me, that he wanted the prisoners to eat until they exploded, so other inmates would see the effects of a roadside bomb! What a sick, twisted man!”