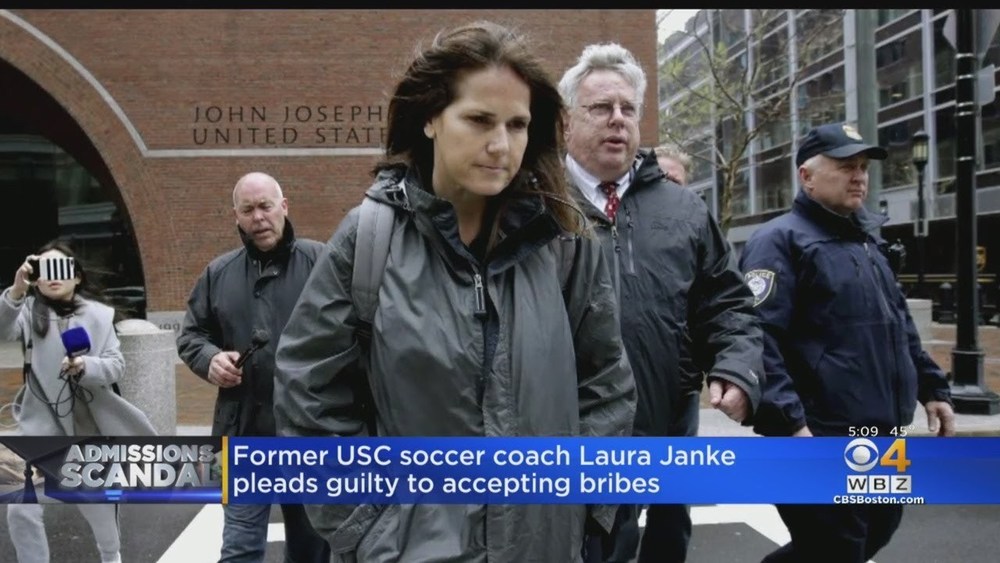 BREAKING NEWS – Los Angeles, California – A former assistant soccer coach at the University of Southern California switched her plea to guilty in the college admissions scam, admitting to creating fake athletic profiles for the children of wealthy parents, including actress Lori Loughlin and fashion designer Mossimo Giannulli. Laura Janke, 36, has agreed to cooperate with prosecutors and could be called to testify against others, including “Full House” star Loughlin and Giannulli, who have pleaded not guilty. Janke had initially pleaded not guilty to one count of conspiracy to commit racketeering in March. She pleaded guilty after reaching a plea deal. “What a liar!” stated Loughlin in response to plead deal. “She promised me that she would stick to the story we jointly fabricated and we’d go to trial and take our chances. I thought teachers were suppose to be honest, and now she has breached our secret agreement. I will never trust a teacher or anyone in the educational system in America after being betrayed like this! When I was growing up, giving your word meant something. Unfortunately in today’s society, promises mean nothing. This is a sad day in this country. I have no idea how someone like Janke can live with herself!”