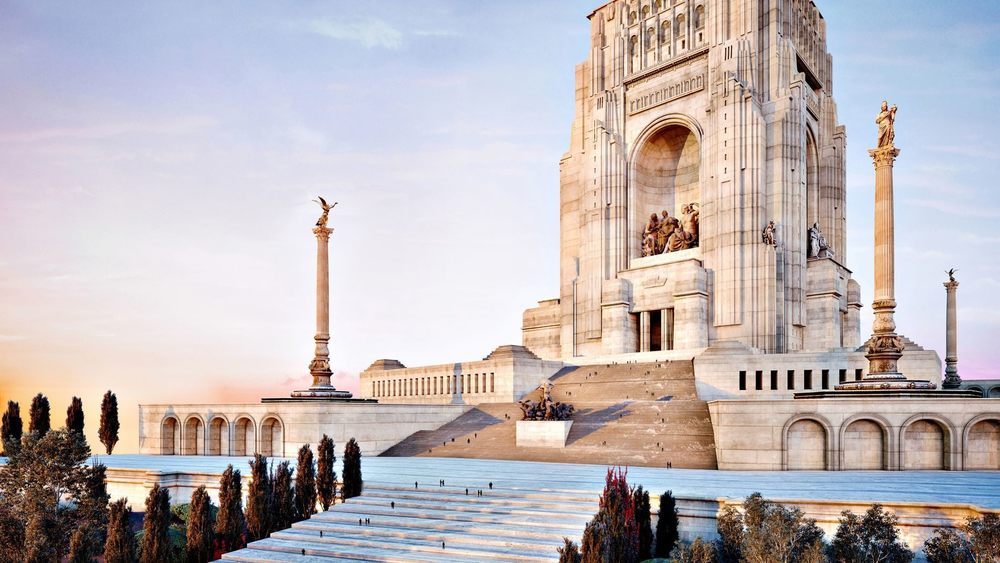 (1 of 5) America’s amazing mega-monuments… that were never built. From the Statue of Liberty to the Lincoln Memorial, America is home to many of the world’s best-known monuments. But a host of other incredible monumental structures were designed but never built – here’s a glimpse into the U.S. monuments that could have been. CashNetUSA commissioned NeoMam Studios to create digital renderings of what the monuments would have looked like.

A giant building proposed for the nation’s capital, the Mother’s Memorial was championed in the 1920s and 1930s by Daisy Calhoun, founder and head of the Women’s Universal Suffrage Alliance.

The centerpiece of the monuments was to be a 297-foot high white marble arch atop a ziggurat of marble steps as long as a football field, according to NeoMam Studios. A group of figures was to be built at the top of the arch, one of which would have been a heroic mother holding the “Torch of Enlightenment.”

The incredible structure, however, was never built. “The U.S. Commission of Fine Arts was not too keen on the idea to begin with, and then the Great Depression, of course, made fundraising difficult,” explained Smithsonian Magazine.

MONUMENTS THAT WERE NEVER BUILT